The scenes of Pandora in Avatar are still some of the most impressive naturalistic CGI worlds to ever grace the screen. Between the floating islands, the greenery, the waterfalls, and the exotic flora and fauna, it was really a visual spectacle. So when I saw that somebody had attempted to create the lush world of Pandora in their aquarium, I didn’t know if it could be done. 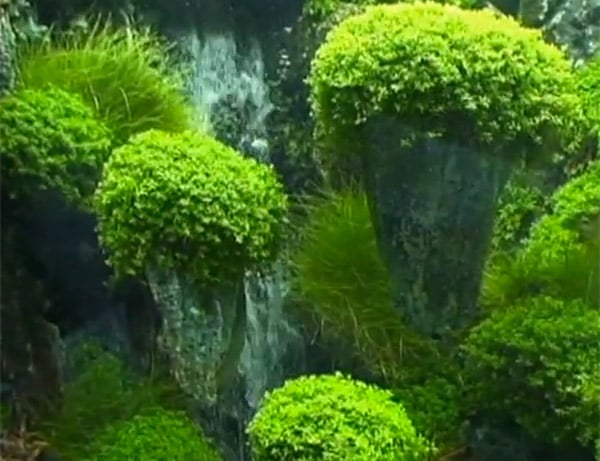 What you’re looking at here is an incredible recreation of the world of Pandora – inside a fish tank. It was created by a DIYer in China, and it replicates the lush green feel of the planet, albeit underwater.

Yeah, the plants look a little like floating broccoli, but the most impressive part of the tiny world is the waterfall effect – which I had no idea you could do underwater. Basically, it’s done with very fine sand being pumped into a trough and recirculated back to the top after it falls. Neat. Here’s a diagram which gives you an idea of how it works: 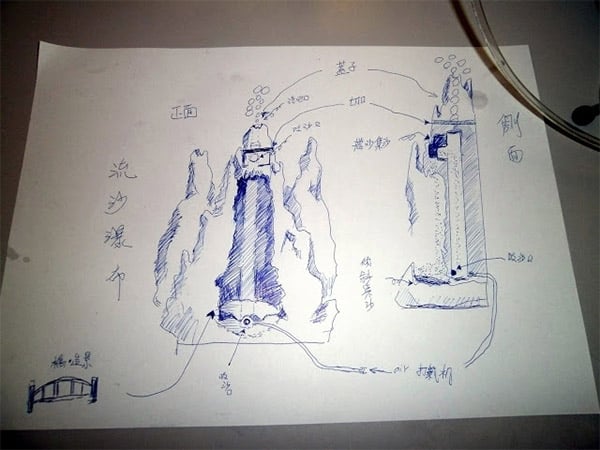 You can see more info on how to build underwater waterfalls here, but the site is in Chinese, so you’ll want to enable translation. Personally, I’d like it translated into Na’vi.