We’ve already seen an intricate cake that replicates Jupiter, but here’s a space-inspired cake that lands a little closer to home. This lunar landing cake needs to fly off of its orbit around Earth and crash land on my dinner table. 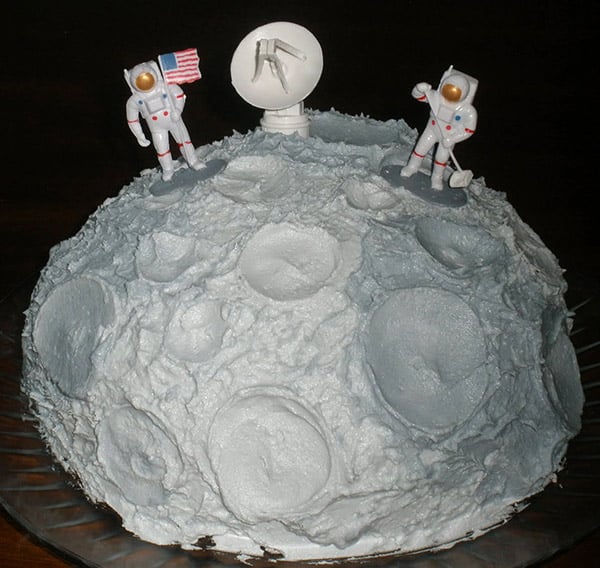 This Moon cake was made a couple of years ago by Deborah over at It’s a piece of cake for her son’s 10th birthday. Lucky kid. The cake does a great job simulating the cratered surface of the natural satellite, and has a couple of little astronauts there ready to plant the American flag and to collect some buttercream frosting samples. Unlike our actual moon, this one is filled with chocolate fudge cake with white chocolate chips. I consider that a major improvement over rock.

So much for my low carb diet. I’m running out to buy a cake tonight.