Handy LED Salt Meter Measures How Salty Your Food Is

There’s a reason why restaurant food usually tastes a lot better than home-cooked food: the former is usually loaded with lots of salt!

Unless you’ve got super-sensitive taste buds, you won’t be able to tell just how much salt you’re cramming into your mouth because all you can process is how good the food tastes. 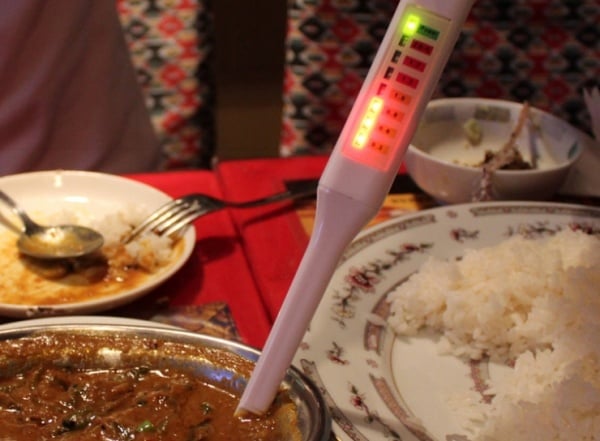 While it’s definitely yummy, it’s not doing your health any favors. To help you keep out for these sodium-laden foods, there’s the Handy Salt Meter. It’s a thermometer-style stick that you’re supposed to poke into your food to determine its salt content.

Powered by four small lithium batteries, the device’s LED display lights up to indicate the food’s level of saltiness, which ranges from safe and negligible to downright too-salty and dangerous. Due to its nature, the meter only works on warm, liquid food and not on solid or cold food.

The Handy Salt Meter is available for purchase from the Raremonoshop for $19.80(USD).

[via C|Net via Dvice]