This is a far cry from the original Cadillac version of the ECTO-1, but this modern reinterpretation of the famous Ghostbusters car is not half bad. Though I think you could do better in an actual new Ghostbusters movie. 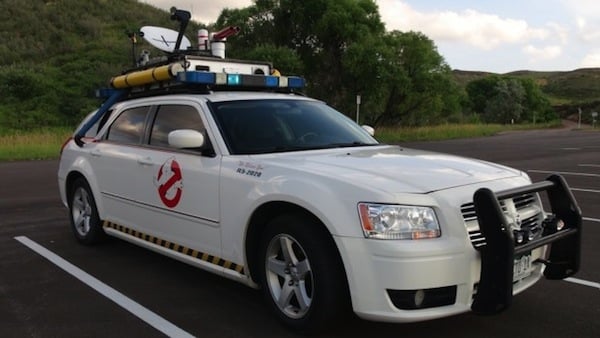 This modern version was built by the president of Colorado Movie Cars, Kevin Henry. It is a modern Dodge Magnum Wagon with all the rooftop gadgets that the original car had. Surprisingly, some of the parts are original since Henry was able to scavenge a few pieces from an original filmed version of the car.

As an added bonus, he even got Dan Aykroyd’s signature on the visor. This car ain’t ‘fraid of no ghosts!