Towels in the kitchen. Where do you put them? Some people put them on the oven handle, other’s on the fridge handle. But what if you don’t have a handle on your fridge door? That’s where these Stick ‘Em Magnet towels come in handy. 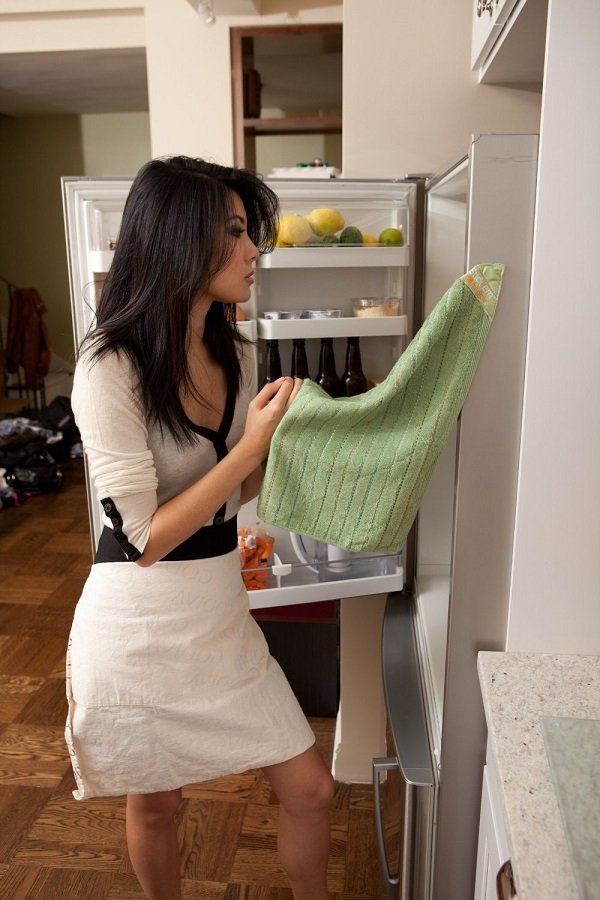 You don’t want your towel to end up on the floor, but in the kitchen that is a serious possibility. The Full Circle Stick ‘Em Magnet Kitchen Towel will attach itself to the fridge so that it’s always handy.

They say that it’s super soft, absorbent, and the best news is that it will cost you around $12(USD). Why sew a magnet onto your own towel, when you can just buy one? Who needs the extra work? This handy towel will make life easier.