This custom 7″ action figure of the Crimson Typhoon wasn’t made by triplets. It was modded by toymaker/jaeger meister/apocalypse canceller John Mallamas aka Jin Saotome. 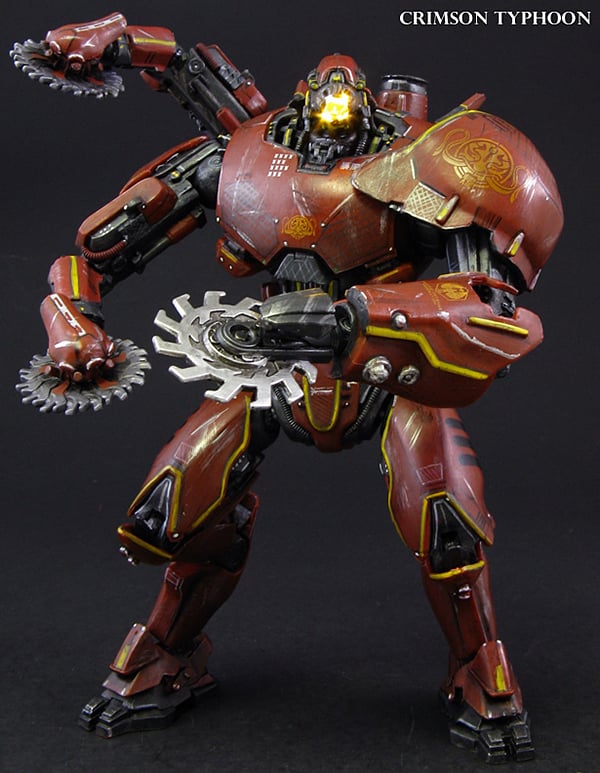 Jin modified NECA’s official action figure of Pacific Rim‘s Chinese mecha to make it more poseable and attractive. He replaced its arm hinges and added ball joints on its ankles. He also replaced the hands using parts from Transformers action figures and made a plasma blast prop for its left hand. He also installed an LED on its eye and added a ton of sculpting detail. Finally, he repainted the entire toy, adding details like wear and tear. 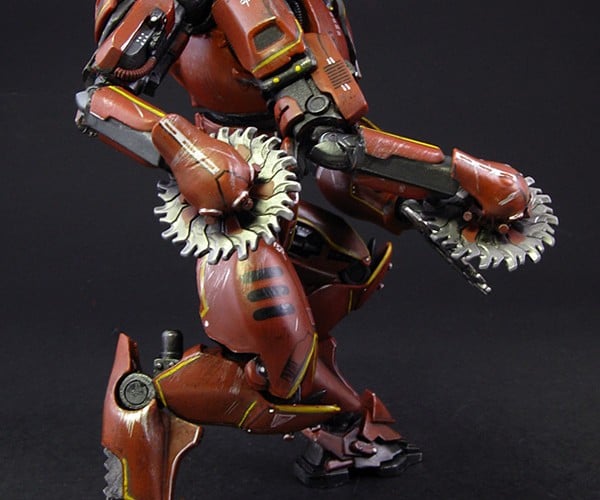 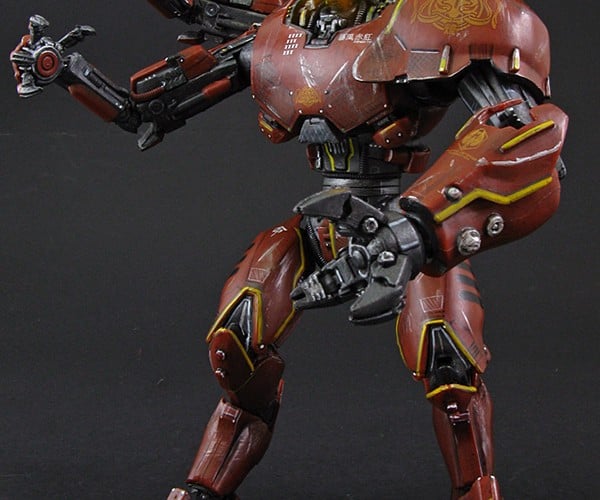 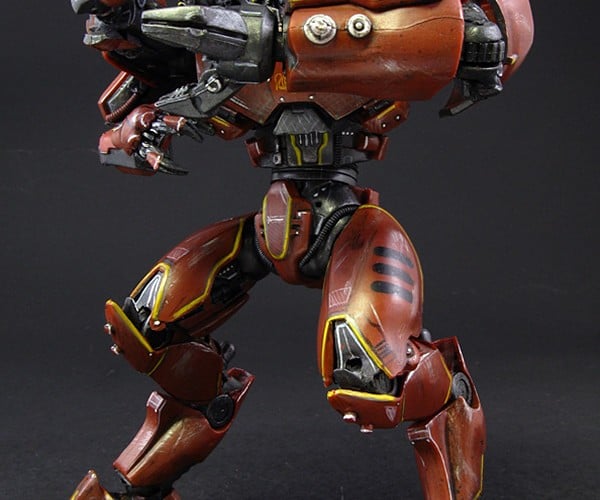 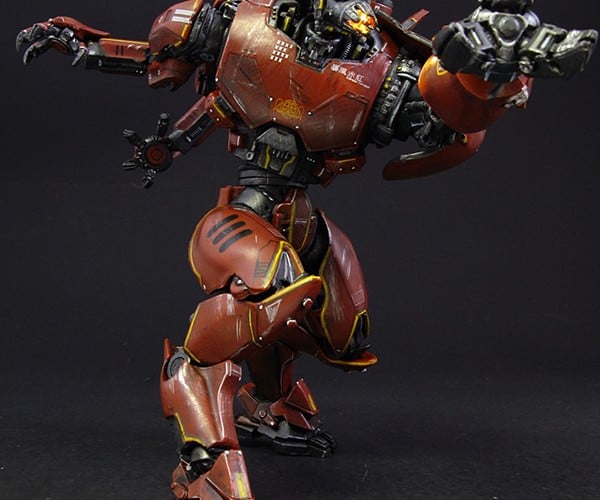 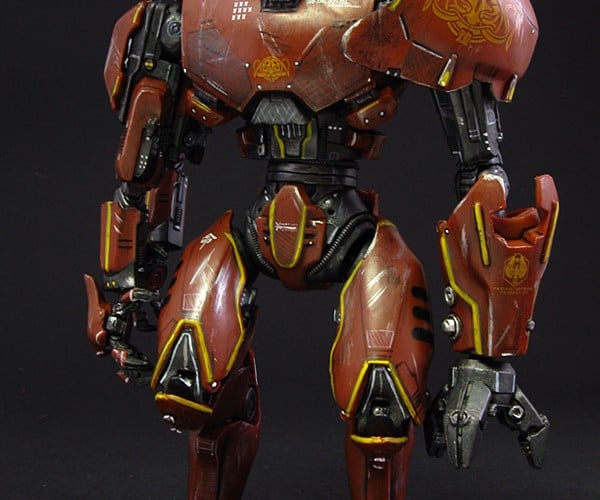 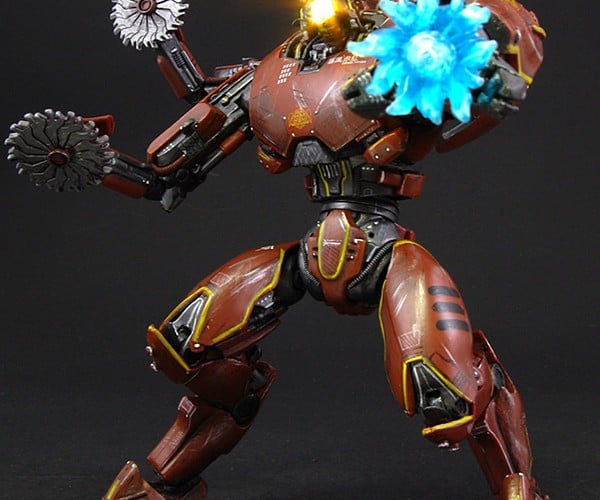 Jin put the action figure up for auction on eBay, but it’ll most likely be gone by the time you read this. But he’s also going to sell custom action figures of Pacific Rim‘s main mech Gipsy Danger as well as of the Knifehead Kaiju, so watch out for those on his deviantART page. He should make his own take on a mecha-Kaiju.