Redditor anders202 built a boombox that’s perfect for summer parties. It’s called the Boominator, a solar-powered boombox that was designed by diyAudio member Saturnus back in 2007. Unlike its battery-devouring ancestors, the Boominator not only runs on free energy, it also gathers and converts enough solar power to charge mobile devices. 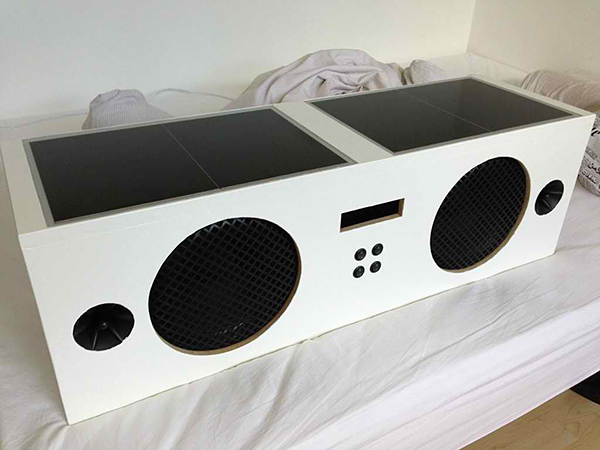 Anders202’s Boominator is powered by an Indeed TA2020 2 x 12W amplifier and two 10W solar panels. It has two P.Audio HP-10W subwoofers and two Monacor MPT-001 piezo-electric tweeters on each side, so it can make people sweat whether it’s behind or in front of them. Anders202 says that with eight hours of sunlight, the Boominator can play for six hours at 100% volume and still have enough power left in its 12v battery to fully charge an iPhone 3 times. The only downside to the Boominator is that it weighs about 66 pounds Then again, I weigh over twice as much as the Boominator and I’m not even half as useful.

Check out the Boominator Wiki, Saturnus’ original guide or anders202’s image-filled walkthrough if you want to make your own Boominator.