Pixelate Wants You to Play with Your Food

Games make life a whole lot more fun, and mealtimes are no exception. The latest food-related game is Pixelate, and it’s unlike most eating games you’ve played before. 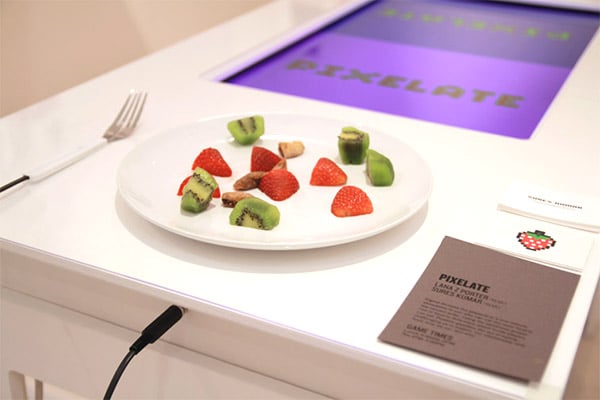 Like most, it involves stuffing your face with food as fast as you can. The extra challenge is you have to follow the order indicated on the interactive dinner table. 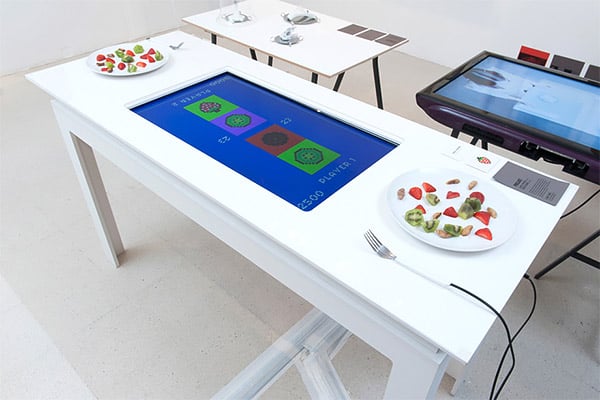 Pixelate was created by Royal College of Art students Sures Kumar and Lana Z. Porter. Basically, players compete to eat what’s on their plates in the correct sequence as displayed on its screen. Whoever finishes everything fastest wins. It’s like Guitar Hero or Tetris, but with food instead of musical notes or falling blocks.

It’s a simple game with a complicated table to play it on. The table itself was developed using Arduino and OpenFrameworks. You don’t have to rely on human witnesses to tell who’s the winner, because the table can determine that much on its own. It does so by detecting the resistance for the food touching the forks that are connected to it. Neat, huh? 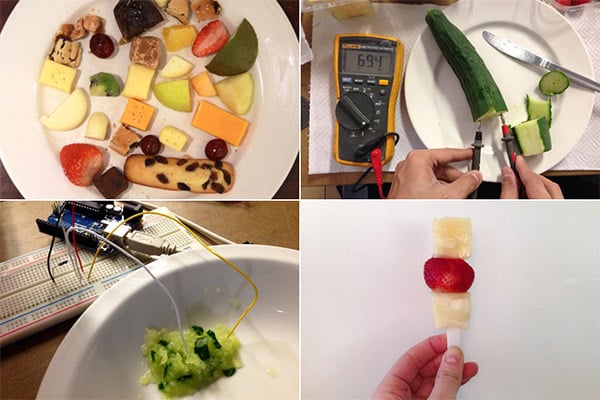 Pixelate sounds like a simple concept… until you check out its execution and realize it’s not that simple after all.