There aren’t many more iconic creations from the Star Wars universe than the AT-AT Imperial walkers from The Empire Strikes Back. Sure, they ended up having an Achilles’ heel (or four of them), but I’d like to see you design a walking weapon that can’t be tripped. Fans of the AT-AT will definitely appreciate this piece of furniture – a bookcase made in the form of the Imperial walker. 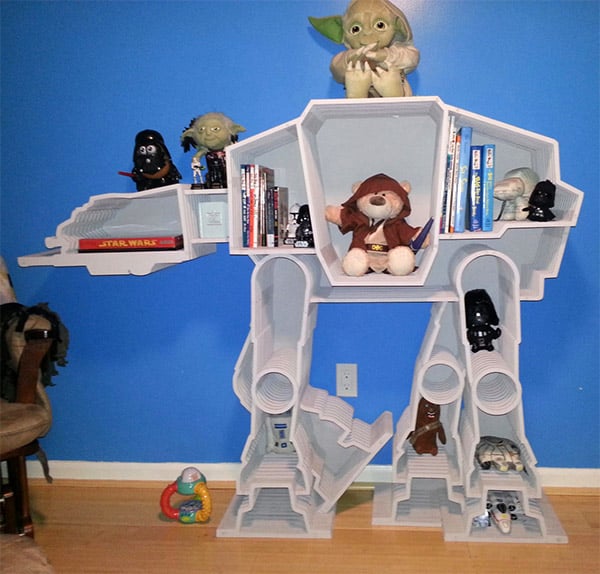 Diana over at Bit Rebels spotted this awesome AT-AT bookshelf by Whittled in Wood. It’s perfect for holding onto your Star Wars books and collectibles, and while it might designed for a kid’s room, I don’t see any reason why you adults can’t enjoy it too. It’s handmade from birch plywood and other woods, and held together with screws and dowel rods. That sounds pretty sturdy to me, but you still won’t want to let any Rebel snow speeders get near it with tow cables.

The AT-AT bookshelf is available over on Whittled in Wood’s Etsy shop for $915(USD).