HTC One Sees Red at Sprint

I’m a big fan of the HTC One. It’s one of the best Android smartphones made to date, combining an awesome display, great camera, a fast CPU and GPU, and excellent build quality. But if you buy one, you’ve been able to get it in bare aluminum (or a hard to find black). Now, thanks to a deal with Sprint, the HTC One is now available in a lovely shade of red. 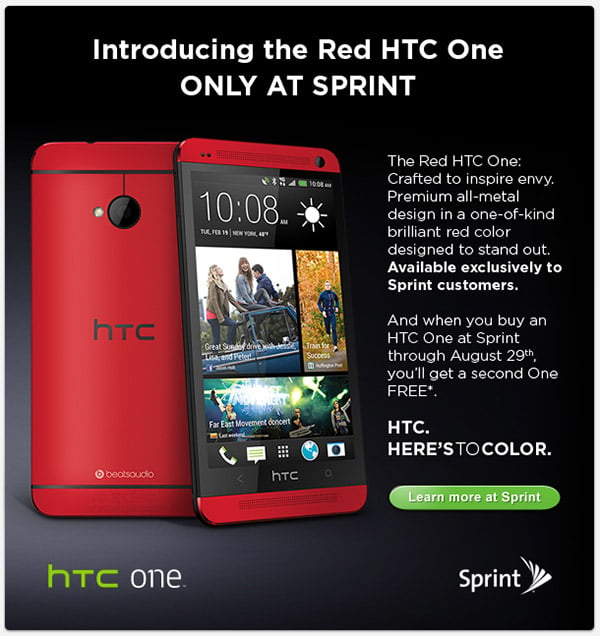 And they haven’t just painted the case red or snapped on a plastic back. This is still an all metal case, just like the original HTC One. Sprint is offering the exclusive new Red HTC One at this link for $199.99(USD) – and if you buy one by August 29th, you’ll get a second HTC One free. Naturally, the deal assumes you’ll sign up for a two-year phone contract for each device.

If red isn’t your thing, rumor has it that Verizon will be outing an exclusive blue version by the end of the month as well.