Upside-down Car Is One Bitchin’ Camaro

No you are not seeing things. That car is really upside down and racing along without a care in the world. Jeff Bloch, otherwise known as “SpeedyCop“, likes to make strange custom cars. This one just happens to drive on its roof. 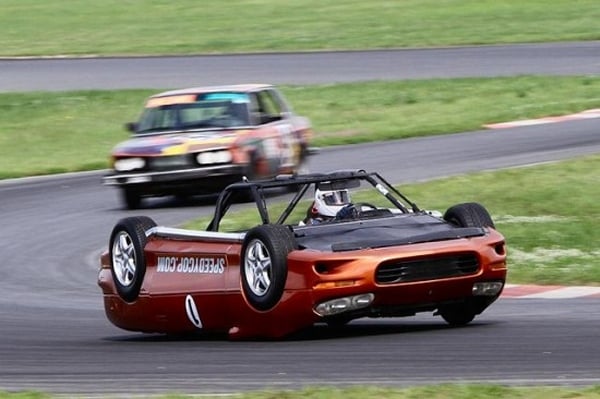 His latest project is a 1999 Chevrolet Camaro that he flipped over, then somehow made roadworthy. He describes it as “a frightening fusion of a wretched 1990 Ford Festiva and a horrible 1999 Chevy Camaro, with a not-so-subtle twist.” Creating this thing must have been a huge challenge, but the end result is pretty amazing. 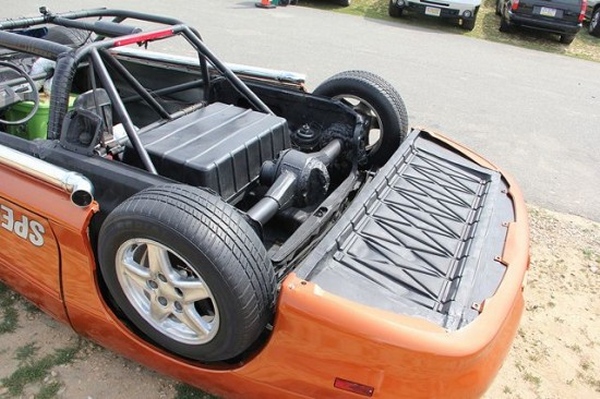 SpeedyCop says that he is basically an 8-year-old kid trapped in a 40-year-old body. As far as I’m concerned, that’s the only way to be. He might want to take those turns easy, otherwise he’s going to scrape his rear-view mirrors against the asphalt.