How Old Is Your Body? This Mortality Wrist Device Will Tell You

You might be twenty years old, but your body could be much older. There used to be no way to know, until some researchers from the Lancaster University in the UK came up with something called the “endotheliometer.” 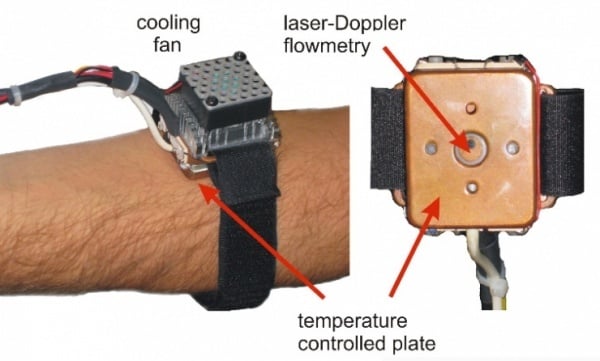 They even go so far as to claim that it could become “the thermometer of the 21st century.” It’s essentially a device that people are supposed to wear on their wrists. It will then detect cardiac-induced pulse waves using LDF to measure the activity on the endothelium, which is the layer of cells that coat the insides of a person’s blood vessels.

Endothelial activity declines with age, so it can be used as a measurement to gauge a person’s relative longevity.

One of the professors working on the device, Aneta Stefanovska, explained: “Endothelial function declines with age, and diseases such as heart failureand hypertension have associated endothelial dysfunction… We can use it to check that the state of ageing is within healthy limits and can try to prevent possible complications leading to serious impairment and cardiovascular disease.”

You can find more information about the device here. One question: Would you really want to know how old your insides are?

[via DailyMail via Dvice]