Konami Code Tattoo: I Guess He Has 30 Arms Now

Apparently the images of the buttons and directional pads are the same size as the ones on the NES controller. 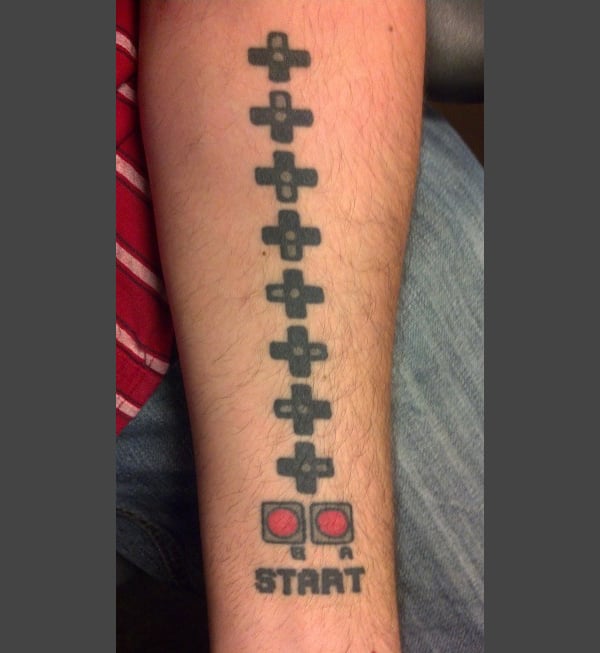 I wonder what kind of cheat codes we’ll have in the future, when games run on virtual reality headsets and gesture-based controllers.