A year ago, pod-shaped recycling bins were installed all over the UK by Renew London. The so-called “smart bins” definitely look better than your average trash can. Now, you might be wondering, why would trash cans have Wi-Fi capabilities and an LCD installed on front?

The bin looks for smartphones nearby that have their Wi-Fi turned on. It then logs their MAC address and calculates the “proximity, speed, duration and manufacturer” of each device. It tracks the phone owner’s actions to then display targeted adverts on the screen, which will play as they walk past the bin.

Sounds smart, right? Yeah, definitely, but it’s rubbing a lot of people the wrong way because of privacy issues. To be honest, I’d be pretty irked, too, if this phone was tracking what I was doing just so it could show me an ad or two when I walk past the bin. 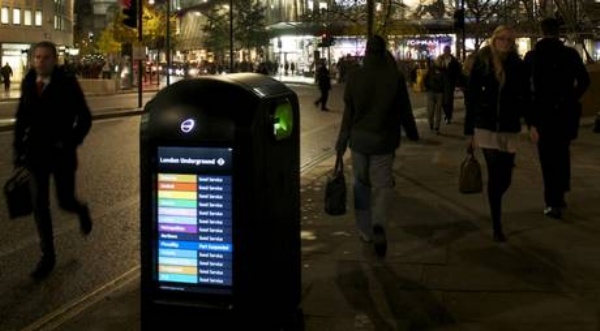 So it was only a matter of time before the bins had their Wi-Fi and tracking capabilities pulled. The City of London has called on Renew to stop recording people’s movements, so Londoners can breathe a sigh of relief now.

The City of London released the following statement:

We have already asked the firm concerned to stop this data collection immediately. We have also taken the issue to the Information Commissioner’s Office. Irrespective of what’s technically possible, anything that happens like this on the streets needs to be done carefully, with the backing of an informed public.