Her pieces are composed of bulky but hollow 3D-printed pieces that look plain on their own. If they might remind you of animal cages, then you’re spot on, because they were actually designed with that purpose in mind. 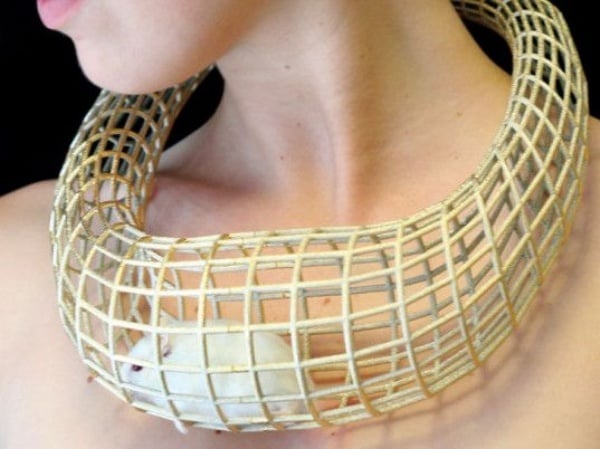 Cecilia’s pieces might seem trivial, but they’re really not, because they were conceptualized with a strong message. On her website, she explains that the conceptual line “examines the exploitation of animals in fashion” and was not meant to be worn. She adds:

The designs incorporate living animals in an attempt to harness the true beauty of natural forms in a way that exposes the harsh reality of the fur industry, which is still widely accepted despite years of controversy. Fur is meant to be alive, and murdering an animal for the sake of design or beauty should never be tolerated. 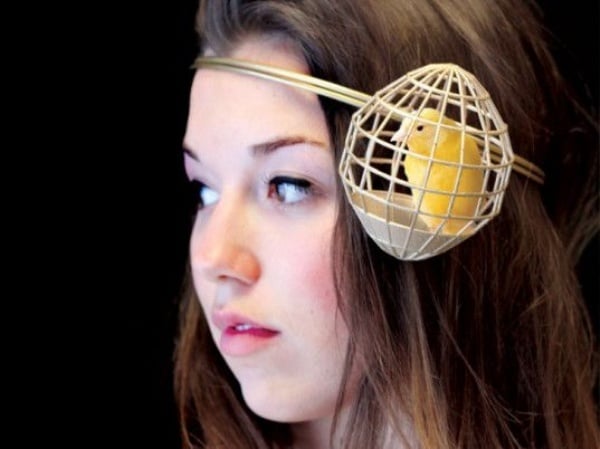 In case you’re wondering, the bird was edited into the photo, while the hamster was “given many treats in return for his help.” Neat-o, and I definitely agree with Cecilia’s stand on the fur industry.

[via inhabitat via Neatorama]