Here’s something you don’t see every day. Mike Tyson playing Mike Tyson’s Punch-Out on the NES. For the first time. Yeah, I’m not sure I believe that, but then again, it’s not like Mike can act, so it’s probably true. 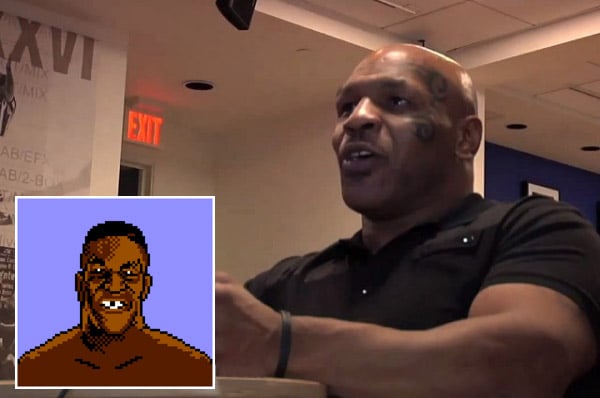 Almost 26 years after the games original release, Mike has discovered it. He seems to have a lot of trouble at first figuring out how to work the controller and Glass Joe kicks his butt at first, but eventually manages to finally beat him.

You see kids… You’re never too old to play a game that you endorsed a quarter of a century ago and made tons of money off of.