A few months ago we featured the Neo-Plug, a mobile device charger with a two-piece magnetic tip similar to Apple’s MagSafe. Designer Jon Patterson recently showed us a similar concept but for a headphone jack. He calls it the Pogo. I call it a headphone saver. 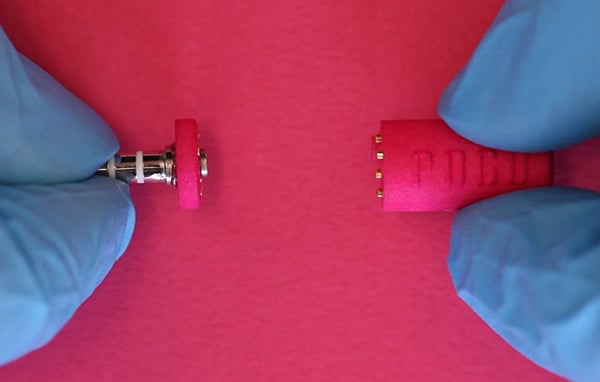 Like many of us, Jon was tired of having his headphone cable snag or break when he accidentally pulls it. When he left his job at Nooka, Jon spent his time developing the Pogo. Now he’s ready to show off his prototypes. Like the Neo-Plug, Pogo is split into two parts. Each part has a neodymium magnet that securely connects the halves and four Pogo pins that bridge the connection.

All wired connections should be like this. Jon is looking for partners that can help him mass produce the Pogo. If you’re interested, you can contact him here.