I bet Jabba the Hutt is kicking himself right about now for failing in his diet. There is no way he could get this awesome Han Solo in Carbonite ring on even his little finger. I guess he could have one of his slaves wear it for him. 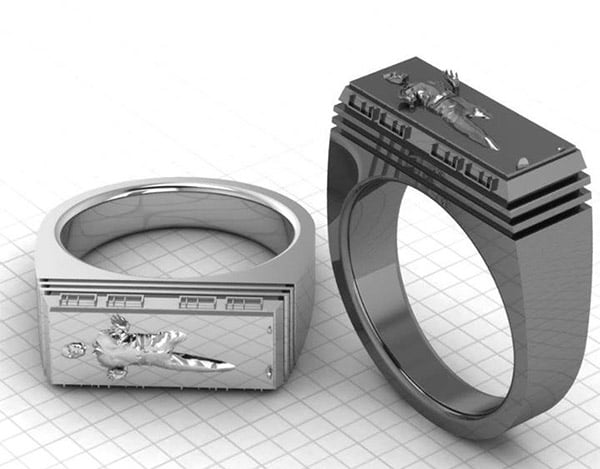 This ring displays a miniature Han Solo frozen in carbonite – one of the most classic moments in movie or sci-fi history. This is a design that was sketched out by Paul Bierker, a jeweler who is obviously a geek as well. I know this because he also made this.

It’s the perfect engagement ring for any Hutt who is in love and also wants to keep his trophies close by.