Manga Generator Puts You in the Comics

As much as I think the Kinect is a cool device, I have to say I don’t play many Xbox 360 games that use it. However, this interactive concept being shown off in Japan is something I’d definitely want to try. 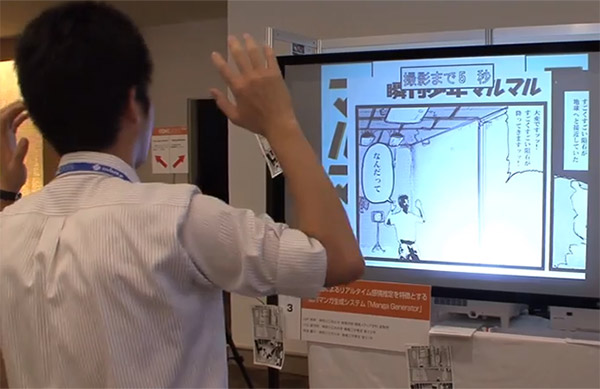 Developed by the Shirai Lab at the Kanagawa Institute of Technology, Manga Generator lets you strike poses and automatically puts you into the panels of a Manga comic.

You can either jump into a pre-written story or have the Kinect sensor and custom software algorithms determine your body positions and select the appropriate backgrounds and props. When you’re done creating your personal Manga, you can print it out for posterity.

There’s no word on if or when Manga Generator will be released to the public, but one YouTube commenter said it best “BRB GOING TO JAPAN.”