MissingNYC: The Big Apple in a Bottle

One man’s trash is another man’s treasure.

If you used to live in the Big Apple or have an affinity for the city that never sleeps, then I have no doubt that you’ll find MissingNYC interesting. But if you don’t, then you’ll most likely think of it as junk. 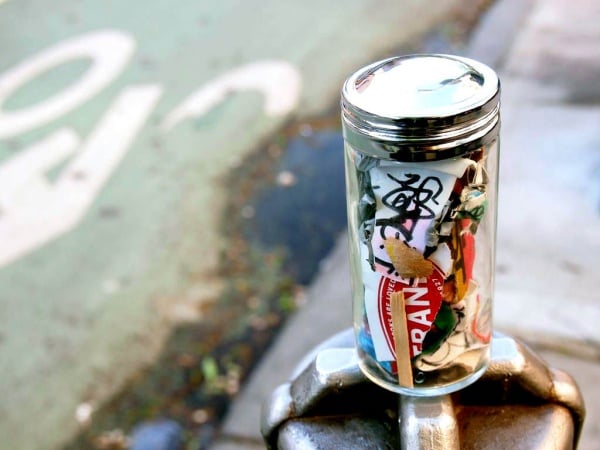 MissingNYC was cooked up by two students from Parsons, the New School of Design in New York. It’s essentially a jar filled with random mementos of the city.

MissingNYC encapsulates a favorite neighborhood, park or landmark making it an authentic part of New York City. A token, a time capsule, a piece of trash,however you may see it, never letting go is our mission. Wherever life may take you, you’ll always have New York. 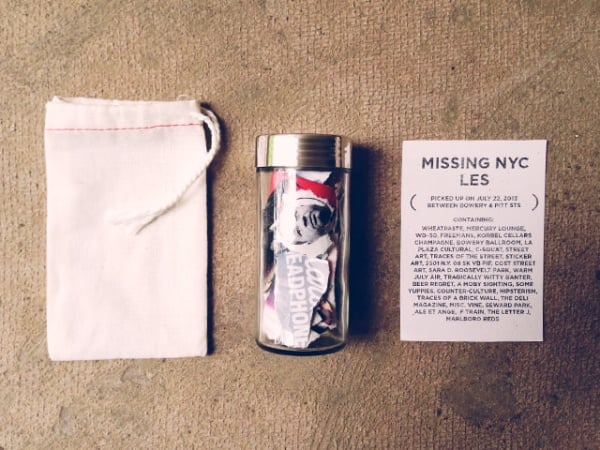 How did Jay-Z and Alicia Keys’ song describe the city again? A “concrete jungle where dreams are made” – and I’m pretty sure many out there would agree.

No two bottles are ever alike, since they are put together only after you place an order. A note listing down what’s in the bottle along with the date and the location where the items were picked up is included with the bottle.

MissingNYC is being sold on Etsy for $35(USD).