These days you can run dozens of classic games on a PC using emulators. If you’re good with modding hardware, you may be able to connect the right controller for the console you’re emulating. But if you’re Patrice Daubaire, you take it one step further. Patrice hacked 75 controllers to make them compatible with over 110 gaming systems. 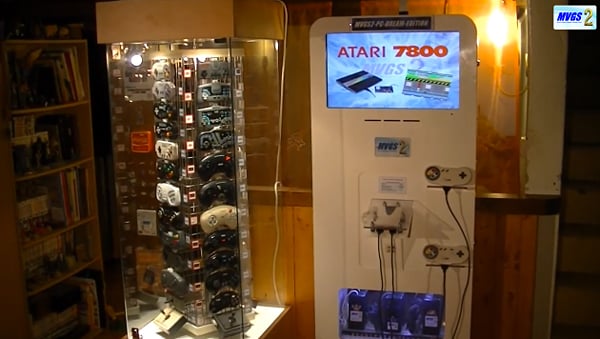 Patrice calls his ingenious mod the Multi Video Game System 2 or MVGS 2. He managed to universalize 75 controllers – from an Atari 2600 joystick to aPlayStation controller – so that they’ll work with different gaming systems via a custom VGA adapter. Patrice claims his system has zero input lag and that the controllers weigh more or less the same as unmodified ones. Patrice was also able to add additional functions like a quick save button on some of the controllers. 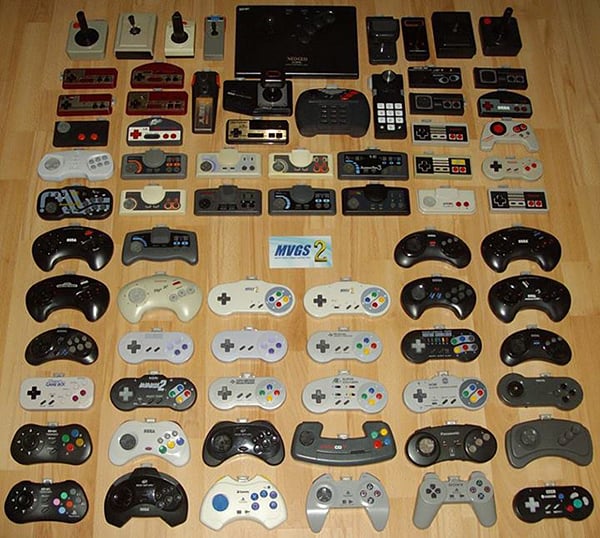 To present his invention, Patrice built the MVGS 2 Dream Station, a PC with over 30 gaming system emulators. It has a nice cabinet with a built-in monitor and lets up to two players geek out. He also setup a rotating display stand for the controllers.

Pick your jaw up from the floor and head to the MVGS 2 website for more information.