If you’ve been following Technabob for any period of time, you know we’re big fans of Tokyoflash and their unusual watches. Now, here’s a Tokyoflash watch that is kind of a big fan itself. That is, it’s based on the fan blades of a turbofan engine. 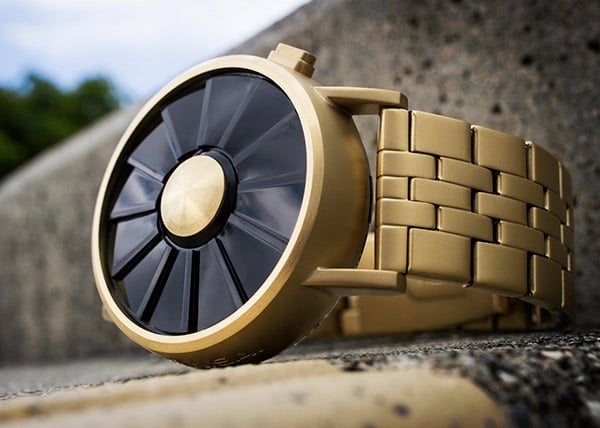 The new Kisai Blade watch gets its inspiration from the blades of a turbine fan engine. When off, the face of the watch really does look like a jet engine. It’s got a stepped, smoked lens which conceals an array of LEDs arranged around a central point. The watch is based on a concept design originally submitted by Peter Fletcher to the Tokyoflash design blog. 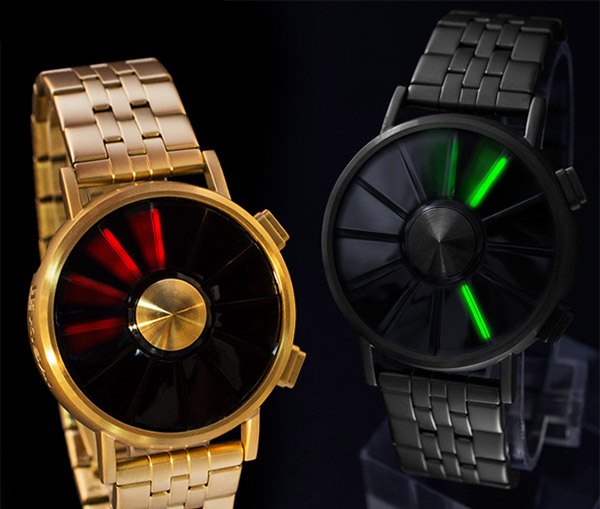 When illuminated, the LEDs can tell time in one of two modes – one which works like traditional watch hands – and another which rapidly flashes the time by indicating each digit based on the angle of each hand. It’s also got a nifty animation mode which should be perfect for all of those raves I know you’ve been attending. If you want to see it in action, check out the demo video below:

The Blade is rechargeable via USB, and you can go about a month between charges. It’s available in black, gold, silver, or silver with a leather band, and in several different LED color choices. I think the all black with the red hands is my favorite. 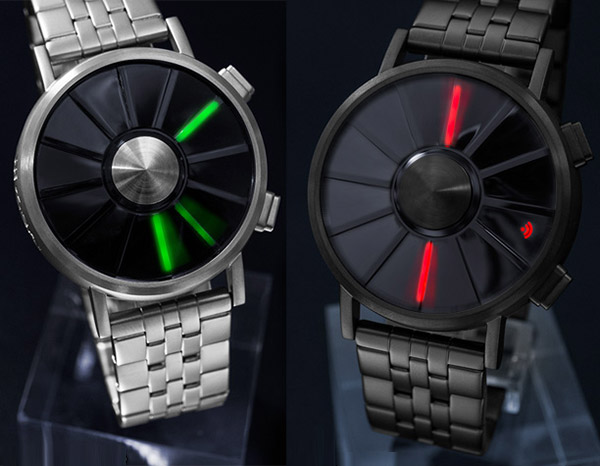 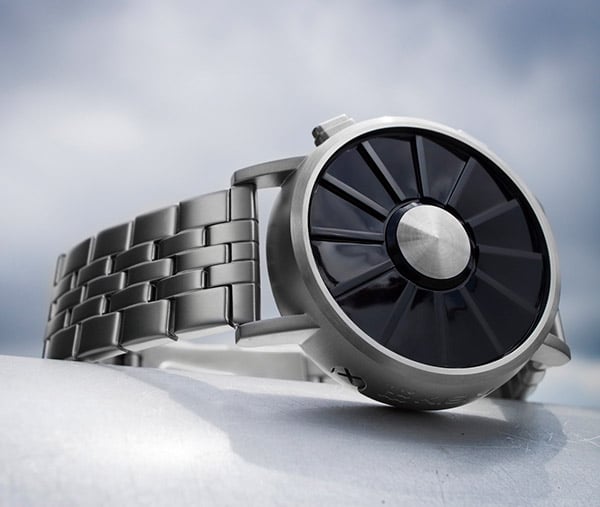 If you head on over to Tokyoflash right away, you’ll be able to get in on the launch price of just $139(USD)- good until Thursday, August 29th at 11:00am Japan time. 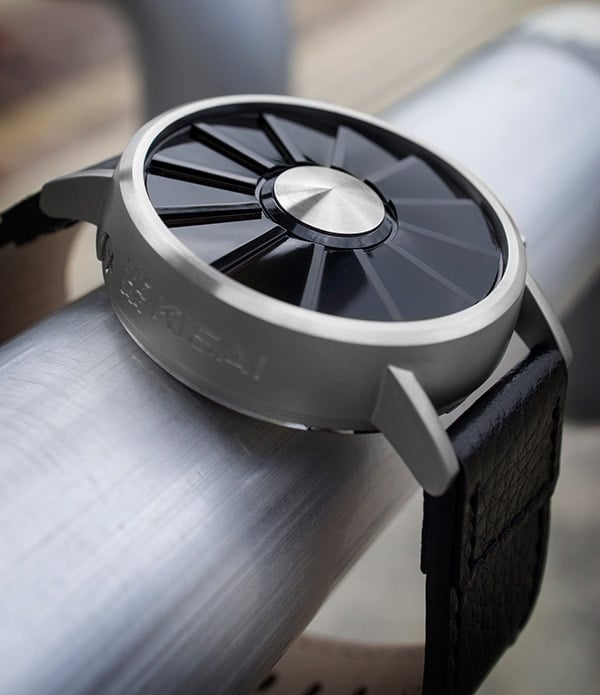