Two of my favorite things in all the world are cars and bacon. I think bacon is the reason God put pigs on earth and the man who invented bacon should be immortalized on Mount Rushmore. I also happen to think that the Ford Fiesta is one of the least attractive cars on the market. 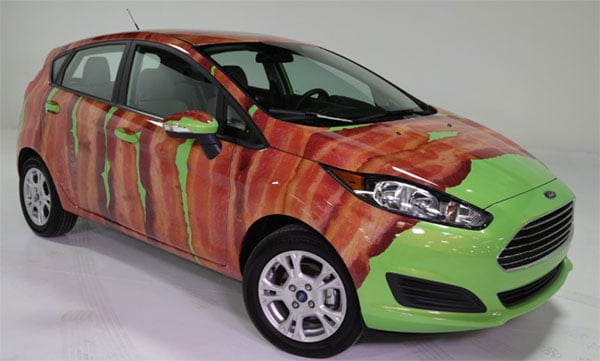 However, I do like bacon and Ford has announced some custom bacon graphics specifically for the 2014 Fiesta. The most bacontastic of the wraps is the one you see in the image above – showing 12 salty and crispy slices of bacon spread all around the car. That is a somewhat over the top representation of your love for salty pork in my book.

Ford does have a few other bacon graphics that you can add to your car if you’re looking for something a little more subtle. My favorite are the bacon racing stripes, a pair of bacon strips that you can place on the hood of your Fiesta that resemble classic dual racing stripes. 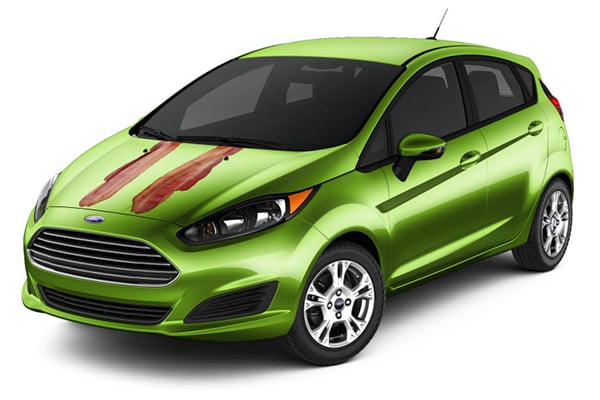 Ford also offers the side of bacon graphics with two individual strips of bacon wrapped over the rear wheels. Ford created these bacon themed wraps in celebration of International Bacon Day. Yes, that is the official holiday for bacon, which happens on August 31 each year. 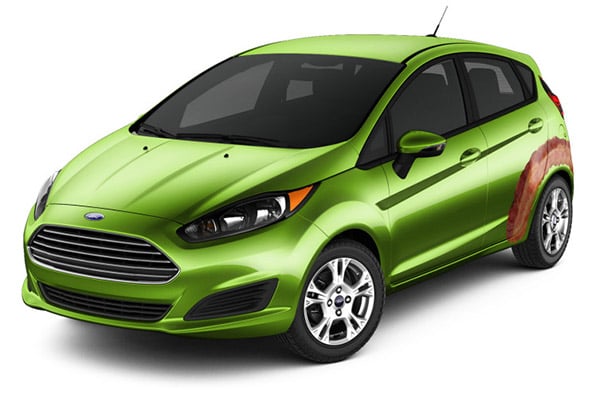