Remember the days when ticker tapes would continuously churn out stock prices? Unless you’re somebody’s great grandparent, probably not. People have gone paperless these days, rendering these machines pretty much useless. Or are they? 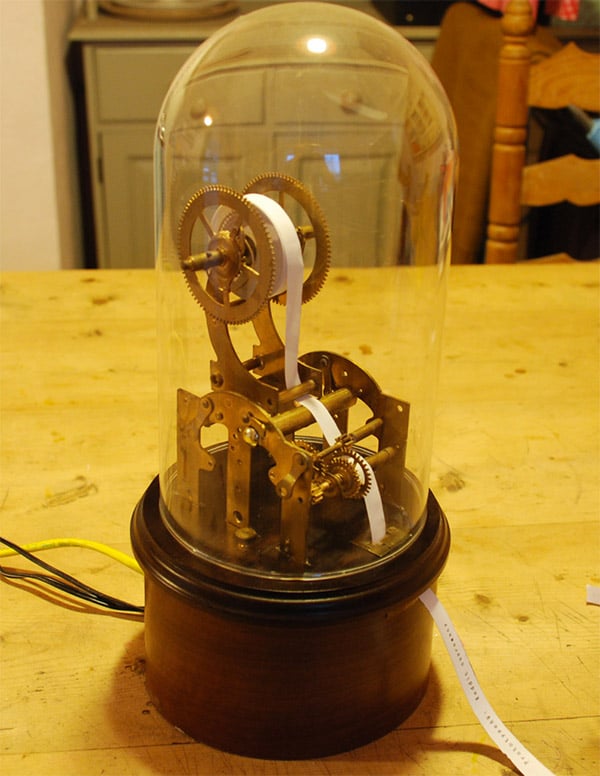 While they’re not being used to print stock prices anymore, they are being used to print tweets. At least that’s what British web developer Adam Vaughan is doing with the steampunk-looking contraption that he built from scratch called the Twittertape Machine. The machine has a microcontroller and a thermal printer hidden on its base and connects to a computer via Ethernet. It then checks Adam’s Twitter account every half hour. 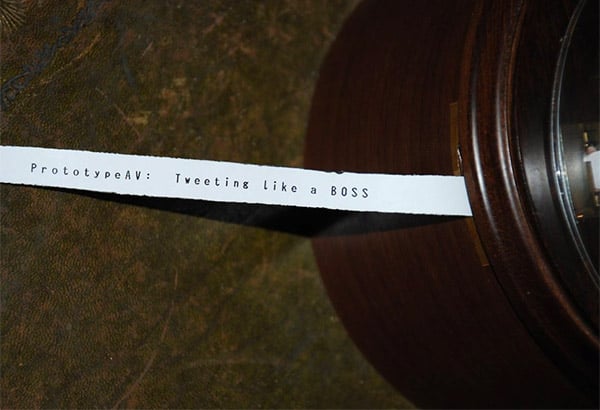 Adam explains where he got the inspiration for the Twittertape: “I got the idea that I’d really like to have one on my desk, but of course they’re incredibly rare now and sell for huge amounts of money. Then it struck me that even if I did manage to get one it would just sit there gathering dust, doing nothing. So I had the idea that I would build one of my own, one that actually functioned… I was trying to think about what information it could produce, and of course Twitter is just a perfect fit – short succinct messages just like the stock movements of old.”