Nothing is more comforting or relaxing than taking a long, hot shower at the end of a very long and tiring day. But are you showering just a wee bit too long for the good of the world’s remaining water supply? Apparently, the recommended time for a shower is seven minutes.

Every second over that would mean that you’re just wasting water. At least that’s the assumption the team behind the Uji Shower are working with. 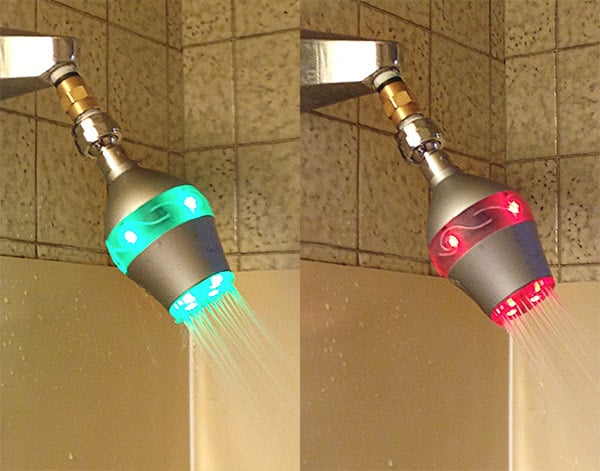 The Uji is a shower head with built-in LED lights and a timer. It starts out with a green glow, which slowly changes to red when your seven minutes under the shower are up.

Brett Andler, one of Uji’s co-creators, explained: “It encourages [people] to take shorter and more energy efficient showers. By letting people become aware of how long they’re in the shower, we’ve actually been able to cut shower time by 12 percent.”

Good point. I’m definitely willing to find alternatives for stress relief in order to make sure future generations still have ample water supply. Are you?

[via NPR via Dvice]