Have you ever wanted ride shotgun in a robotic car as it drives around your neighborhood? Sure, autonomous cars are still very expensive, but how about miniature version? I bet you hadn’t though of that, but a couple of engineers came up with this scaled-down version of Google’s driverless car. 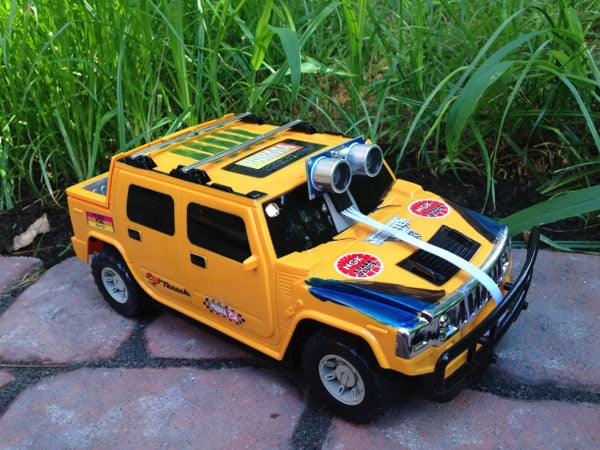 The RoboTech SuperCar is a toy car kit, powered by an Arduino controller. It has RGB LED headlights and tail lights, an ultrasonic sensor, and a 24-pin RC bus that can interface with its microcontroller. The car can operate in several modes, including full RC, computer-assisted RC, or fully-autonomous driving.

The benefit is that it’s low cost compared to a full-size autonomous car, and I’m sure that you can have your own robotic invasion fleet ready soon. It’s definitely something quite ingenious to have around if you want to spy on your neighbors.