Japan already has some the fastest commuter trains in the world – with railways crisscrossing the country running as fast as small aircraft. While the country is already home to some incredibly speedy trains, Central Japan Railway Co. recently resumed testing of a next-generation train that’s even faster. This next-gen train uses maglev technology, and an unusual shape to help it travel at up to 500 kilometers-per-hour (~310 mph). 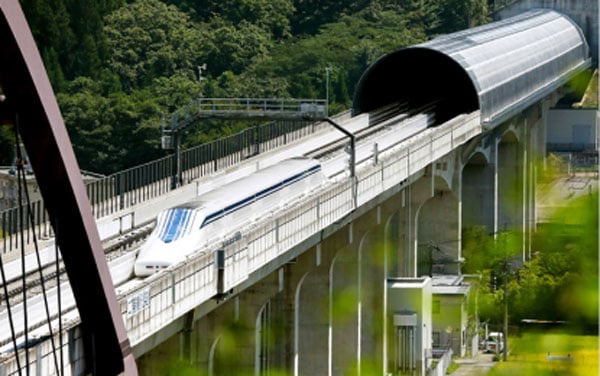 Traveling at that speed, the train will be able to go from Tokyo to Nagoya in only 40 min. Current high-speed trains in Japan need 95 minutes to travel the same 286 km distance. The train is currently being tested on a 42.8 km long maglev test line. 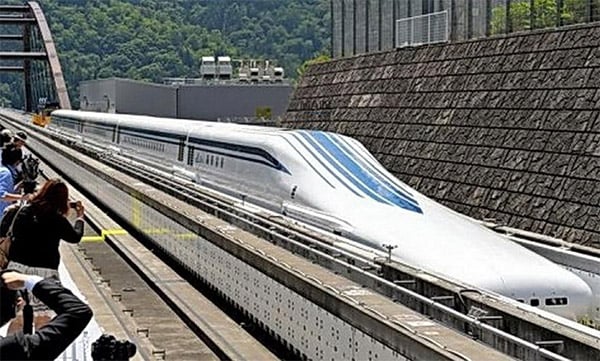 Building out the maglev line to span the whole 286 km is expected to cost around $52 billion (USD). Construction is set to begin in April 2014 and the builders will have to tunnel under the skyscrapers of Tokyo and the Japanese Alps in order to complete the route.

At least at top speed you won’t have to look at its ugly mug.