Smart Move or Gimmick? This Bar Only Lets Its Facebook Friends in After 9PM

Suppose you’re a bar owner who’s getting tired of dealing with a rowdy crowd of undesirables who do nothing but mess up your interior decor and ruin the mood in the entire place with their antics. What would you do? Hire more bouncers, or implement a digital bouncer-type of system instead? 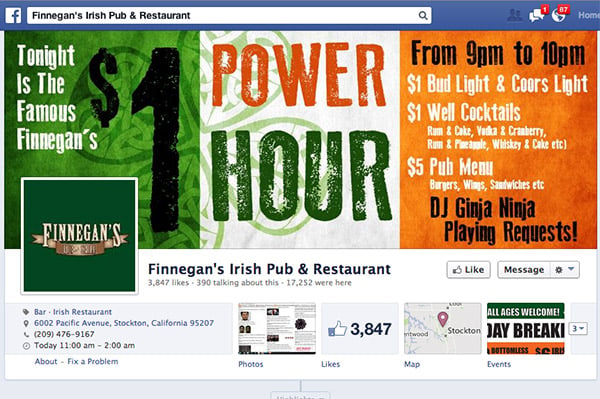 Tony Mannor, the owner of Stockton, California’s Finnegan’s Irish Pub and Restaurant, opted to go with the latter. So far, it seems like he made the right decision. The doors are closed to people who aren’t “friends” with the bar’s Facebook page after 9PM. That means patrons have to add the pub in the social media network before they can enter.

Mannor took to YouTube to explain that slots are “limit[ed] to an overall percentage of total occupancy and other factors.” He added that the bar has about 7,500 names on their guest list – with Mannor himself knowing the faces of at least 75% of them.