This Game of Thrones Castle Isn’t Real, but It Should Be

The Game of Thrones opening credits are just begging to have someone build a real-world replica. Just imagine a wooden version of the keep at Winterfell as a model with moving pieces that you could buy. How awesome would that be? You could buy the buildings separately and put them all together. 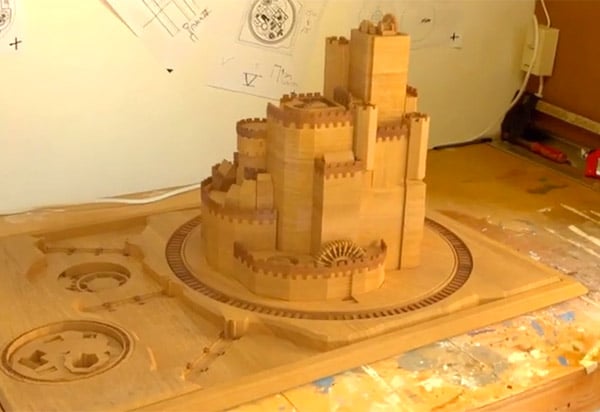 Well, Max and Tijn Berends have made a wooden expandable castle shown in this video. Okay, not really. It’s not real. They made it look real by using Blender 3D to create a digital castle. It’s a neat trick.

Don’t get your hopes up that they will re-create the whole intro. This building took about three months to create by itself.

If you’d like to play with the model, animations and textures for yourself, you can grab the Blender 3D files here.