Wipe Your Rear Windshield with a Cat’s Tail

Normally I silently wish a moving violation on anyone I see cruising the streets of my town with stickers of any sort on their car. I harbor particular ill will for anyone with stick-figure families adorning their vehicle. However, I have found an interesting sticker that I wouldn’t mind seeing on someone’s car over at ThinkGeek. 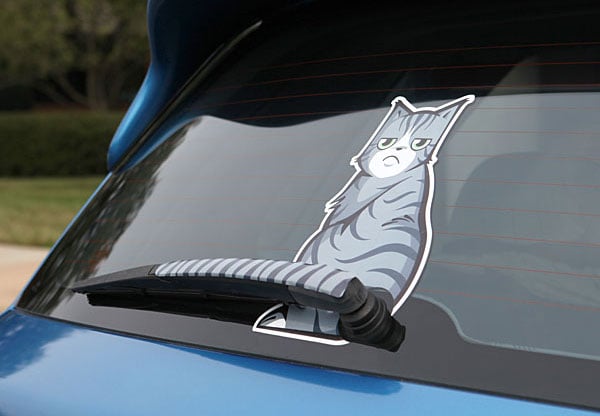 The sticker is officially called the Moving Tail Kitty Car Decal. The name does a very nice job of describing exactly what the sticker is all about. You actually get two cat sticker bodies with one smiling and another that looks rather like Grumpy Cat.

Like a cat would ever be caught performing such a menial task.