A few years back, I posted a tiny papercraft model of the Nintendo DS Lite that was a big hit. A bit later, I found some teensy paper models of other gadgets and video game consoles. Paper. Isn’t that cute? Today’s geeks skip all the glue, X-Acto nicks and tape mess and go right for 3D printing instead. 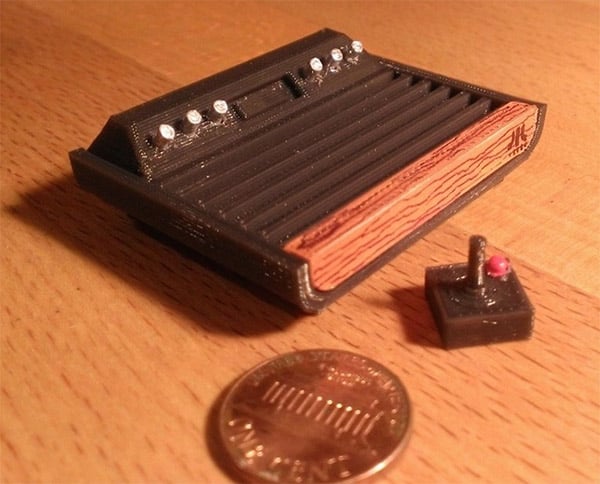 Thanks to Dave Nunez, you can print out your own Atari 2600 and NES consoles. The models are just big enough to fit in the palm of your hand. The buttons and switches aren’t perfectly to scale, they’ve been exaggerated a bit to capture the spirit of the original consoles – in miniature. 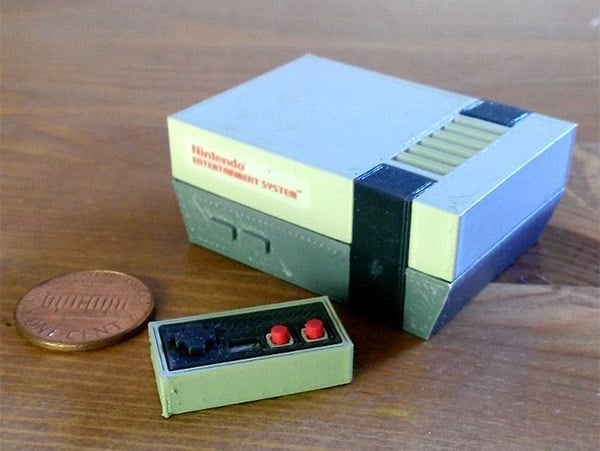 You can grab the digital files for the tiny Atari 2600 and NES over at Thingiverse. I figure while you wait for the 3D printer to output your models, you’ll figure out a way to cram a tiny computer inside of these so they’re actually playable.