MMOs, everyone is playing them. And now fans of the LEGO video games will soon have their own. A massively-multiplayer online game that’s all LEGO. 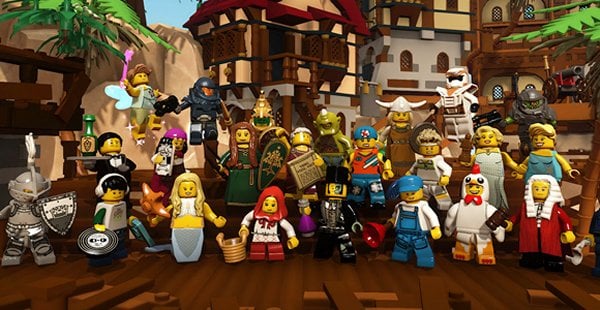 Funcom is putting the game together brick by brick and it is called LEGO Minifigures Online. Here is their blurb explaining it all:

Get ready to meet the Minifigures! Collect them all and bring them with you on grand adventures in LEGO Minifigures Online – an epic online adventure where you get to explore colorful locations such as Pirate World, Space World and Medieval World!

Play together with thousands of other players and battle your way through monstrous riff-raff as you develop your Minifigures’ unique and powerful abilities. Smash, build and collect – thousands of exciting adventures are just a brick away in LEGO Minifigures Online!

This should really make LEGO fans happy. With over 3,600 mini-figures that LEGO has made over the years, many will show up in the game. You will even be able to play online with figures you just bought in the store. The possibilities here are really endless.

LEGO Minifigures Online will launch for PC, iOS and Android during the second half of 2014.

[via Topless Robot via The Mary Sue]