Many of us have a hundred and one things that we’d want to change about ourselves. The majority of us don’t really do anything about it, either because we’re afraid to go under the knife, can’t afford to do so, or just don’t think it’s worth the risk or money. 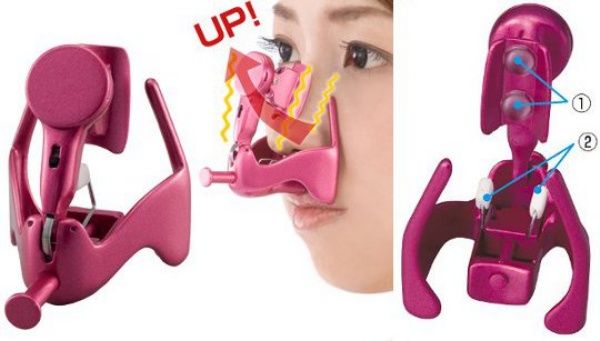 Here’s a bit of good news for those who want some improvement but don’t believe in plastic surgery for one reason or the other: there are alternatives that are much cheaper that don’t require surgery. The catch? There’s no guarantee that you’ll get the advertised results.

One of these alternatives is the Beauty Lift High Nose, which is just one of many silly looking facial improvement products being offered by Japan Trend Shop. This particular one is meant to be worn on a person’s face, particularly over the nose, where it will vibrate on targeted areas once it’s turned on. Apparently, these vibrations will help make the nose “firmer and higher.”

The site recommends that people use it every day for three minutes for optimum results. The Beauty Lift High Nose retails for $68(USD). Such a deal.