Humans are slowly turning into walking billboards. Beards and thighs have already been turned into prime advertising spaces. The next body part to become a billboard might just be your earlobes. Or rather, what’s hanging off of your lobes, that is, if you happen to be wearing the Video Earrings. 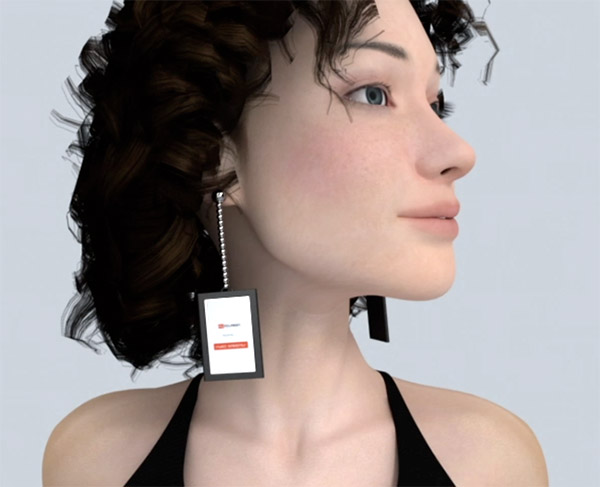 Its creators have skipped the fancy naming for now, because you get exactly what the name implies. Each earring will have a dangling 2″x1″ screen with a built-in rechargeable battery. It can apparently display slideshows and stream videos for 4-8 hours on a full charge, while recharging only requires an hour.

The Video Earrings can be charged up and loaded with files via USB. Its creators plan to release three capacities for the earrings, 2GB, 4GB, and 8GB for $200, $249, and $300, respectively. However, it’s still up for funding right on Indiegogo, where you can get your very own pair by pledging at least $150. The project still has a way to go to hit its modest $10,000 fundraising goal, so for now you might just have to clip some iPod nanos to your ears instead.