This isn’t the first time that we’ve seen the Berlin Boombox. The device turned up on Kickstarter about a year ago when it was seeking funding for production. We lost track of the device after the Kickstarter campaign and it has now turned up again, and this time you can buy it outright. 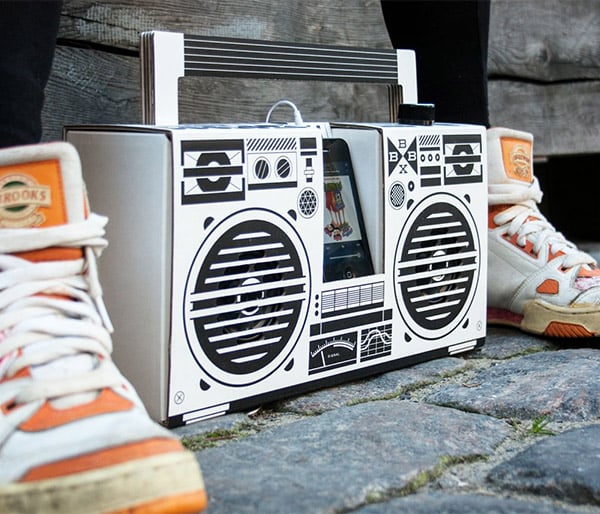 The DIY Berlin Boombox is a cardboard papercraft kit that requires you to fold and stuff tabs into slots. Other than the cardboard shell for the boombox, it also comes with speakers and other hardware required to make the audio work. 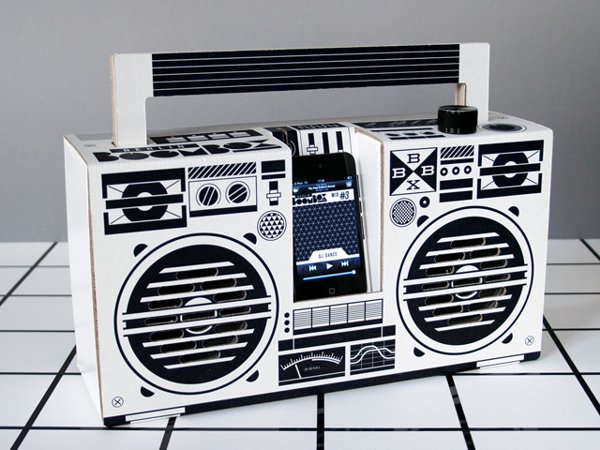 The Berlin Boombox has a pair of small speakers that slot into the little cardboard slots inside the cardboard shell, a volume knob, and a battery pack that holds three AA batteries. Once built, you simply connect your audio device to the speakers using the 3.5 mm plug. This would probably be the perfect ghetto blaster to go with your 80s music collection and giant sheet of cardboard for breakdancing. 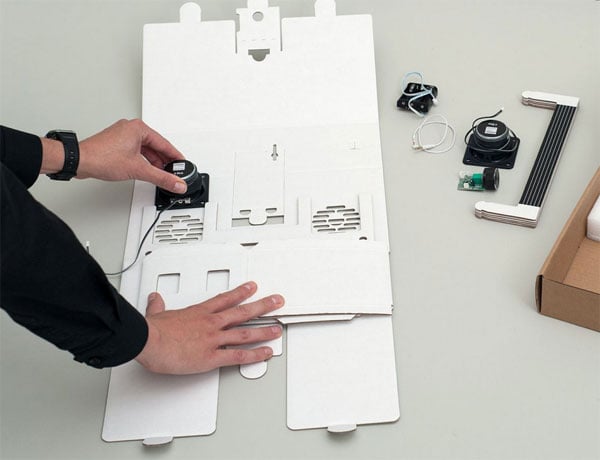 The Berlin Boombox is available from Bitemyapple.com for $79.99(USD).