Yep, the rumors were spot-on. At the 2013 IFA trade show, Sony revealed two of the most unusual cameras you’ll ever see. The Cyber-shot QX10 and QX100 Lens Cameras pack all of the necessary hardware inside a tiny cylinder, save for a viewfinder. Why? Because the two point-and-shoot cameras are meant as an upgrade for people who use their smartphone as their main camera. Now their phones can just be viewfinders, or even ditched altogether. 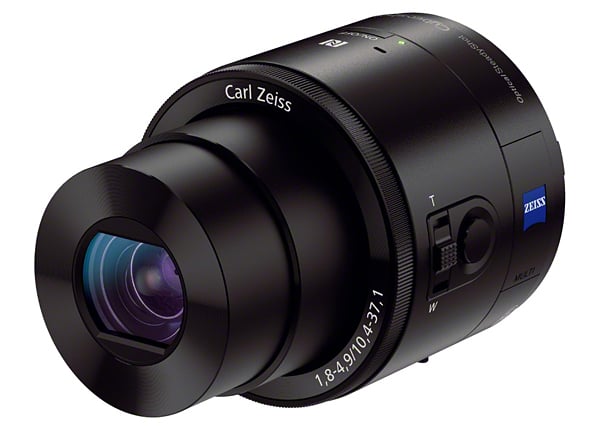 Remember the WVIL camera concept that appeared in 2011? The QX cameras are a lot like that. As Sony Alpha Rumors leaked a couple of weeks ago, the QX100 (seen above) has the same lens and 20.2mp CMOS sensor as the beloved RX100 Mark II camera while the QX10 (below) shares the lens and 18.2mp sensor of the WX150 point-and-shoot. Both cameras have their own battery and a slot for a microSD, microSDHC or a Memory Stick Micro card. 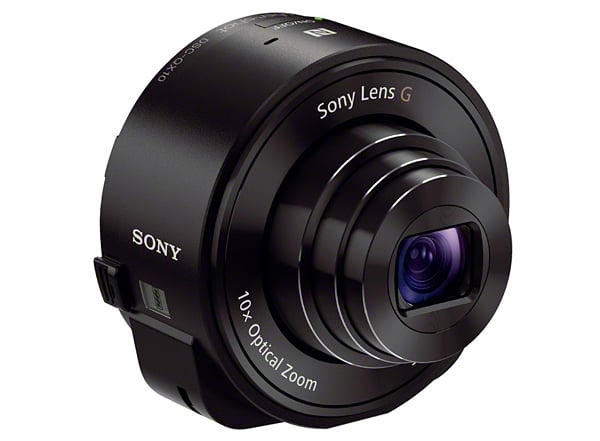 As you’ll see in the pictures and videos below, Sony is pushing these cameras together with the newly introduced Xperia Z Android smartphone. In fact, Sony is selling a plastic case that makes it easier to attach the QX cameras to the Xperia Z. Makes you wonder about the other Sony device in the images eh? It’s safe to assume that both the Xperia Z and the mystery device support NFC, which is the easiest way to pair the cameras to a phone. But the QX cameras can also be used with other Android phones and even iOS devices via the Sony PlayMemories app and a Wi-Fi connection. 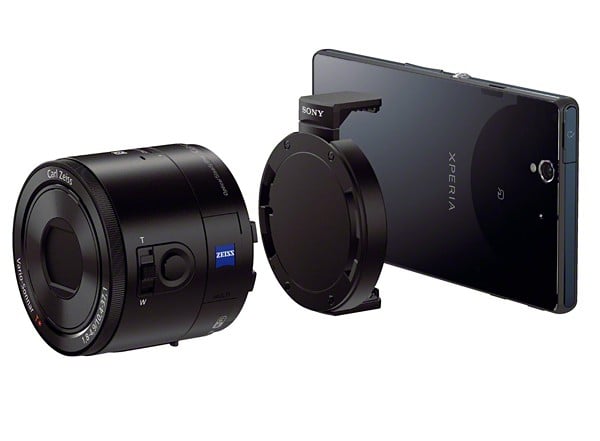 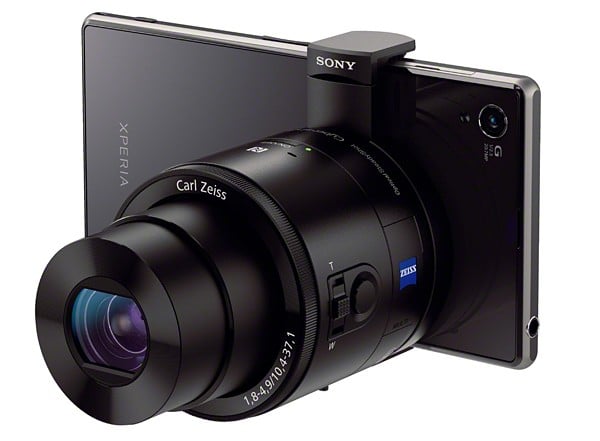 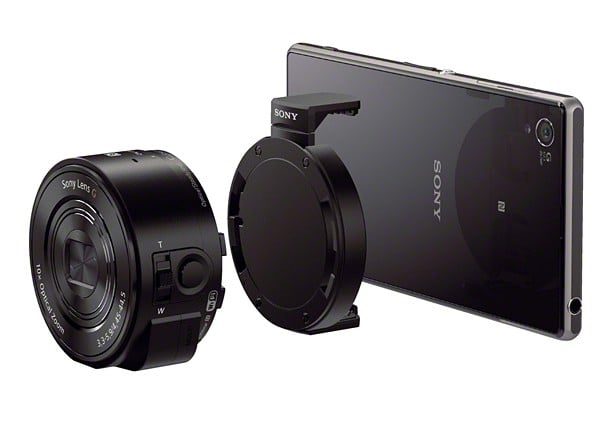 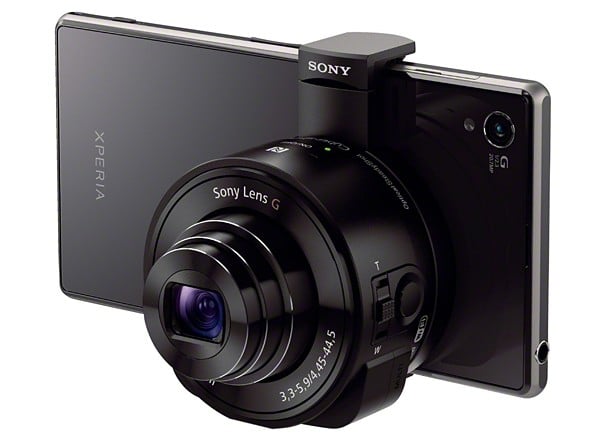 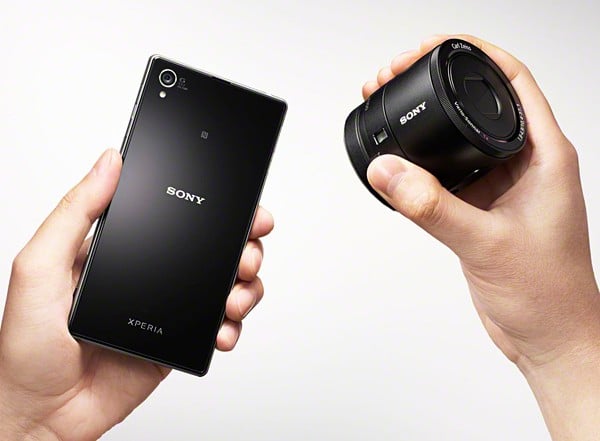 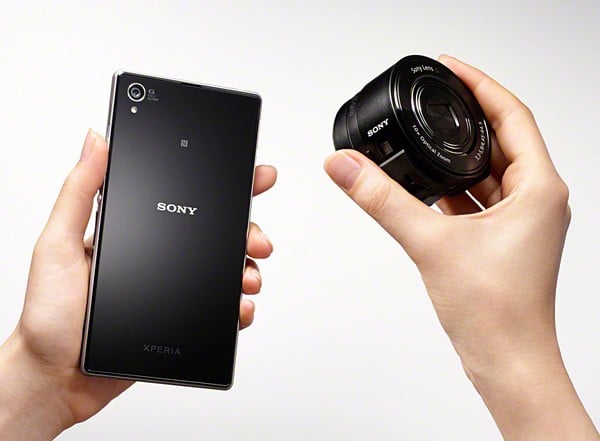 To be clear, both QX cameras can be used on their own, but if you can afford either camera chances are you also have an Android or iOS device. If so, you can use the cameras’ clamp to attach them to your mobile device. Then get the PlayMemories app so you can use your device as a viewfinder, like so: 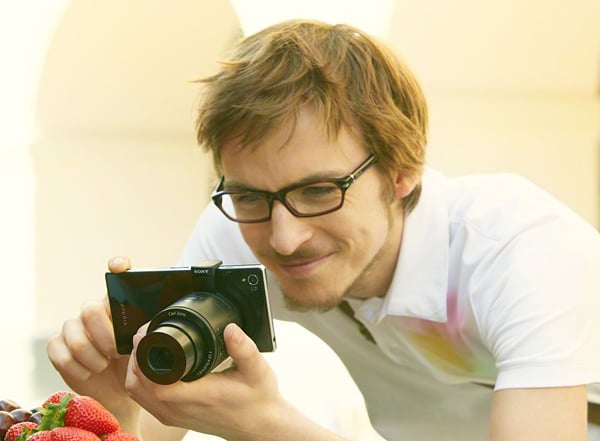 But as was imagined with the WVIL, you can keep a QX camera detached from your mobile device to make it easier to shoot from odd heights or angles… 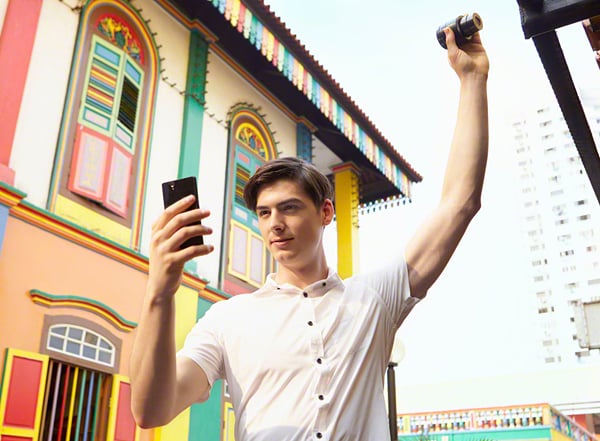 …or to include yourself in the shot: 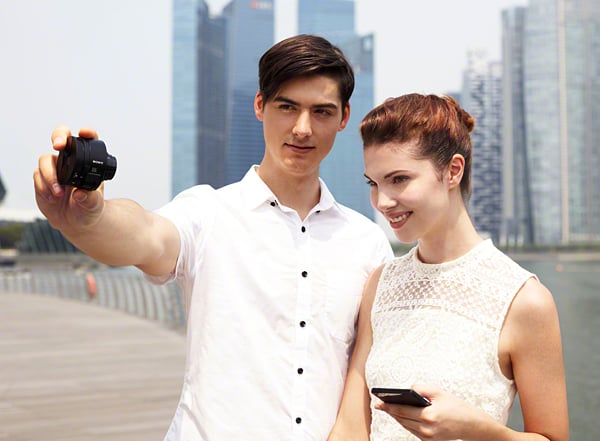 Then you can view, save or upload the photo or video on your mobile device using Sony’s app. The cameras will stay connected to your mobile device up to about 30ft., but the connection will likely be cut off if there are walls or other thick objects between the two devices.

The cameras seem like great ideas for casual users, but they do have a couple of tradeoffs, most notably the way they connect to a smartphone. If you’re fortunate enough to have an NFC enabled phone, connecting to the lens cam is as easy as touching the two devices together, which automatically authenticates and connects them via Wi-Fi. However, if you don’t, you’ll have to manually connect them via Wi-Fi. It’s not clear if this creates an AdHoc Wi-Fi network between the phone and the lens, or if it requires a Wi-Fi infrastructure connection to be available. I’d assume it’s the former, which would mean your smartphone will be temporarily disconnected from any live Wi-Fi connections while connected to the camera. Then there’s the process of taking pictures with the camera. I have not tested either of the cameras, but David Pierce of The Verge did. Skip to about 0:40 in The Verge’s hands-on video below and you’ll see what I’m talking about: