Sorry NVIDIA, but it looks like the Shield is already obsolete. It’s not because of the Ghetto Shield, it’s because of the Cross Plane. Developed by three videogame console modders who founded a new company called Advanced Gaming Innovations (AGI), the Cross Plane streams HDMI input from and sends controller output to a PC, PS3, Xbox 360 and the Ouya. Yep, you read that right. 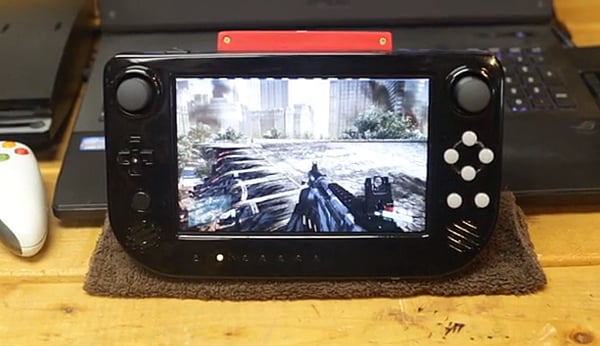 As you can see, the Cross Plane looks a lot like the Wii U Game Pad. It’s 1.5″ thick, 5.5″ tall and 9.5″ wide. It has a 7″ 1280 x 800 screen, two 25mm stereo speakers and a headphone jack. The red block you see sticking out of the Cross Plane’s back is a cartridge called the Control Pak. That cartridge doesn’t contain a game; rather it contains the hardware that makes the Cross Plane compatible with a gaming device. In other words, there’s an Xbox 360 Control Pak, a PC Control Pak and so on. AGI is also working on making the Cross Plane work with the Xbox One and the PlayStation 4. 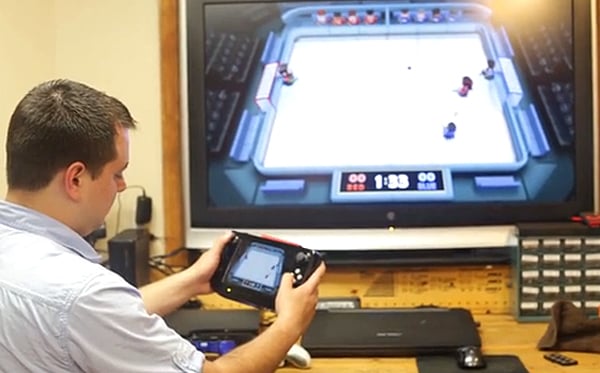 The last component of the Cross Plane is a wireless HDMI transmitter and receiver, where you’ll plug in the HDMI cable from your PC or console. 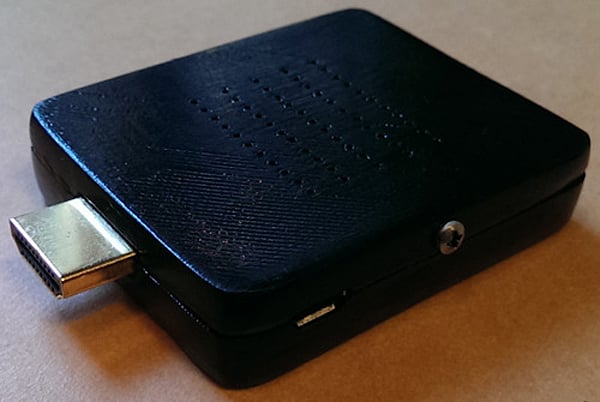 As you may have guessed, the Cross Plane can only stream games within a local Wi-Fi network, but that’s to be expected. Perhaps the Cross Plane’s only weak point is that its battery only lasts 4 hours.

Pledge at least $349 (USD) on Kickstarter to get a Cross Plane as a reward. That’s right, for just $50 more than the Shield you get a device that is far more versatile and possibly future-proof, thanks to its cartridge based hardware. If AGI does make it compatible with the next generation consoles I am definitely going to buy a Cross Plane.