This Iron Man balloon armor is perfect. As long as you don’t run into any pin-wielding bad guys or bad guys with flamethrowers. Or if the air pressure around you doesn’t pop your suit. Okay, maybe it’s not that practical, but it is still awesome. 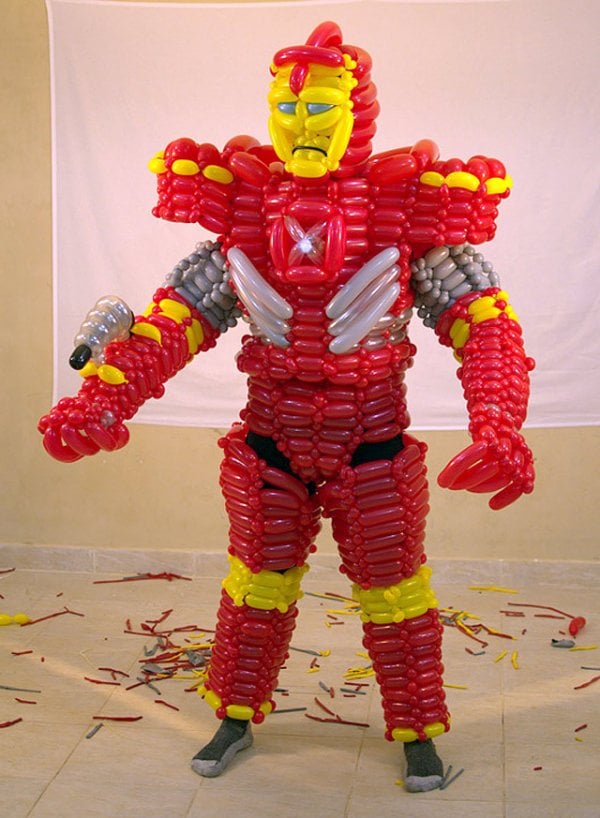 This armor was lung-blown and hand-assembled by balloon artist Jeff Wright. It is made of balloons and nothing but balloons. It took him only about 10 minutes to assemble (though I’m sure it took much longer to plan out.) It’s made from 364 skinny party balloons in all and it can be worn into battle, though I wouldn’t recommend it.

I love how the arc reactor looks too. But why the sad face? Maybe he knows how fragile his armor really is.

[via Tastefully Offensive and Laughing Squid via The Awesomer]