We’ve been suckers for space travel around here for a long time. My secret goal is to one day make enough money to afford a ticket aboard Virgin Galactic’s SpaceShip Two. Unfortunately, tickets for suborbital flights are insanely expensive, but it would be so cool to take one of those flights. 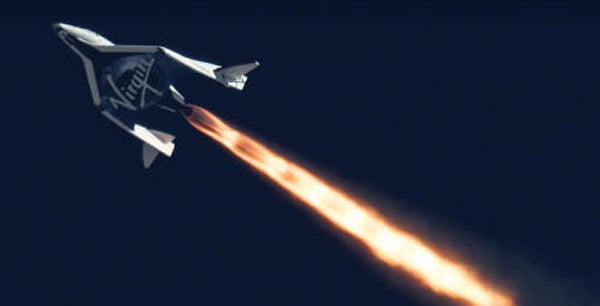 Before anyone can climb on board the SS2 and head into orbit, the aircraft has to pass a number of flight tests. Virgin Galactic recently conducted another flight test in which SS2 was able to reach an altitude of 69,000 feet and a speed of Mach 1.43. SS2’s previous best was 55,000 feet and Mach 1.2.

The test flight happened at 8 AM local time in the California Mojave Desert this past Thursday. This marks the second time SS2 has had a successful supersonic flight using its rocket engine. The latest flight saw the hybrid rocket engine burn for 20 seconds, twice the time it was powered up during the first flight.