GLaDOS Cosplay is a Huge Success

When you see cosplayers, sometimes you look beyond the beauty of their costumes and realize that many of these people combine art with sheer effort. Some costumes are not worn, but endured. I think I could say the same for this amazing GLaDOS cosplay by Athena Cole aka Enayla, who had herself suspended five feet off the ground to emulate the Portal villain’s appearance. 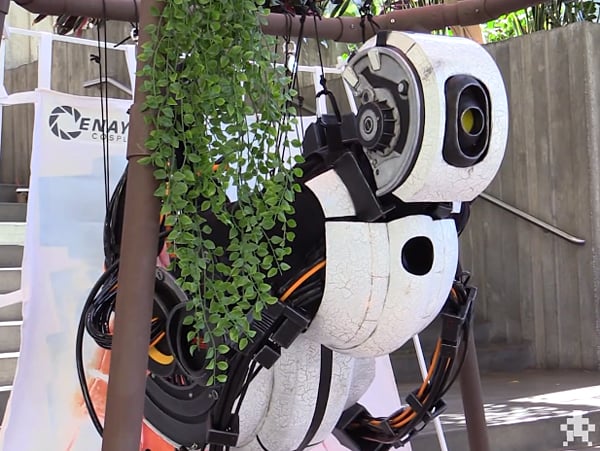 Enayla presented her cosplay at the 2013 PAX Prime and was so eye-catching that she had to be moved to another hall more suited to gawking at GLaDOS. Here’s a better look at her costume taken by Count3D, which includes the PVC structure that she’s hanging from. 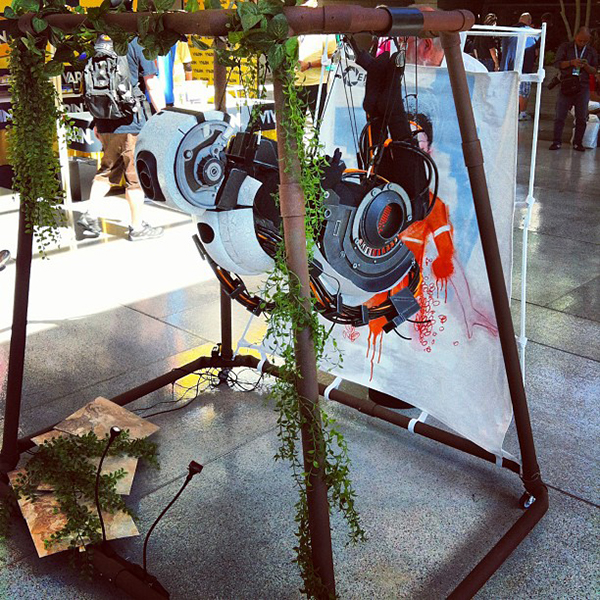 On her blog, Enayla said she stayed up in 40 to 45 min. increments and took lots of breaks. By the end of the day, she reckons she spent a total of four and a half hours in GLaDOS’ nonexistent shoes. Here’s her in-costume interview with Invader Boom:

Enayla should use a voice modulator so she could talk like GLaDOS.