Just a couple of weeks ago I thought that this versatile 3D printer was the 21st century printer, copier, scanner and fax machine. I was wrong. AIO Robotics’ Zeus 3D printer is that machine. It prints, scans, copies and faxes 3d objects. Yep, fax. 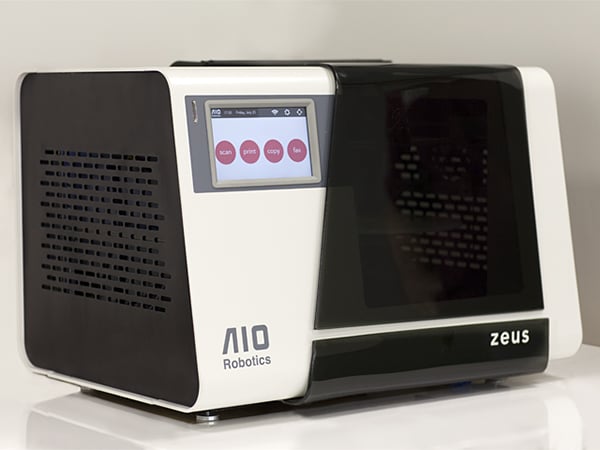 With Zeus, AIO Robotics is aiming at consumers who may not be as tech savvy as the other early adopters of 3D printing technology.

You can clearly see from its appearance and its user interface that the Zeus is designed to be accommodating and convenient. That’s why it has a fax function. Faxing with Zeus is a remote version of its copying function, which in turn is a combo of scanning and printing. When you select fax, Zeus scans the object to be copied then sends the 3D file to another Zeus printer via the Internet. The receiving Zeus printer will be the one to print the copy of the object, just like with a faxed document.

Pledge at least $1,999 (USD) on Kickstarter to get a Zeus 3D printer as a reward. How awesome would it be if you could just ask Amazon – or your local pizza restaurant – to fax your order to you?