We told you about Detroit’s Robocop Statue in the past. It’s one of the few joys that Detroit has left after some tough economic times. Now you can watch the unboxing of the form for the 10-foot-tall Robocop statue as it arrives at Venus Bronze Works in Detroit where it will be completed. 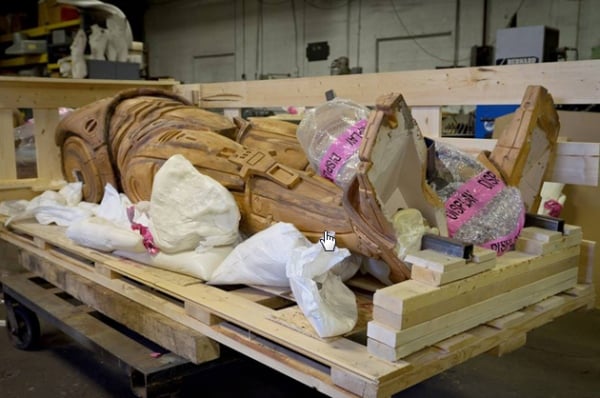 Pete Hottelet, who made the video, is a major investor of the project. As Pete says, “This is the foam sculpt; The bronze statue will be cast from these pieces. The final location for the statue is still to be determined, we are accepting solicitations so it gets the best placement possible.”

We will continue to cover this story until the mighty Robocop statue is standing guard over the city where he belongs.