If you decide that you want the complete Breaking Bad series on Blu-ray, check this out. It will arrive in a money barrel – just like the ones Walt hid his money in. Instead of burying it, you can just buy it. Instead of hiding your money in it, it will take your money and give you Blu-ray discs and other goodies instead. 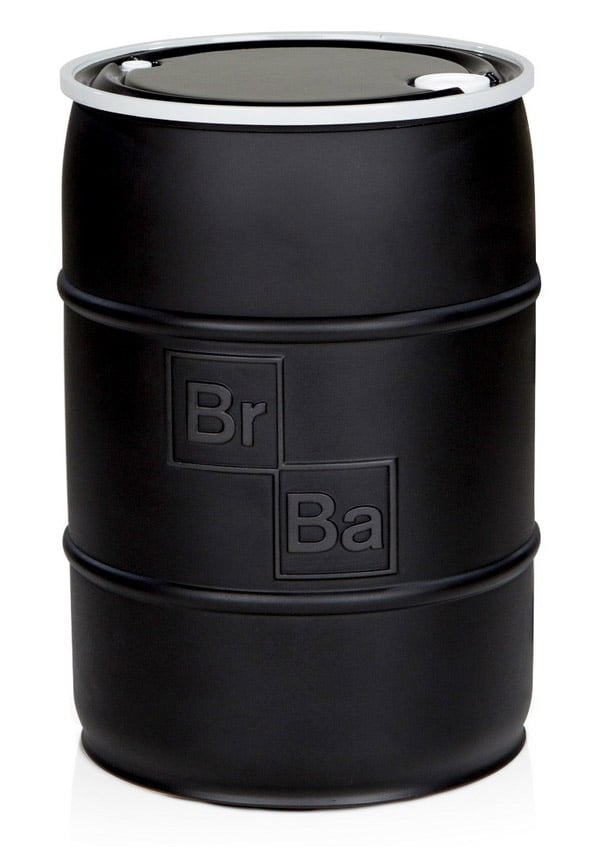 The box set barrel set?) will be offer more than 55 hours of special features, a new two-hour documentary, a Los Pollos Hermanos apron, a collectible booklet with a letter from creator Gilligan, and a commemorative Breaking Bad challenge coin designed and created by Gilligan for the set. No GPS tracking device included, though. 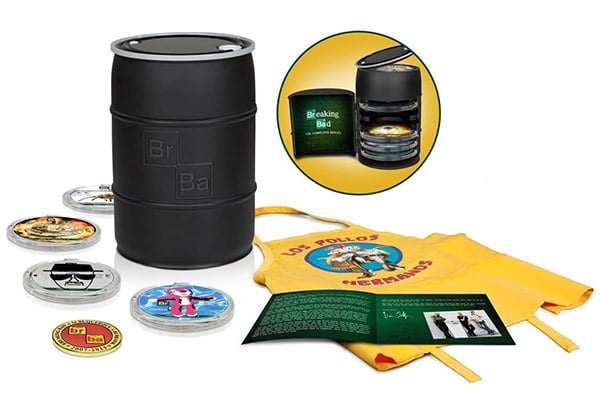 It also includes a special Breaking Bad: Final Season Blu-ray set with an additional 390 minutes of commentary, features, and behind-the-scenes interviews. So cook up some blue, and use your profits to order the set for $224.99(USD) over on Amazon.

[via Slashfilm via Nerd Approved]