Marvel at this Incredible Hulk Bookcase

Hulk ANGRY! Hulk SMASH! Hulk READ! Hmmm, actually I’m not too sure about that last part. Though we do know that Bruce Banner is a brilliant doctor and nuclear physicist, so he probably is quite well-read. So what better place for Dr. Banner to keep his books safe from his fits of radioactive rage than inside this Hulk bookcase? 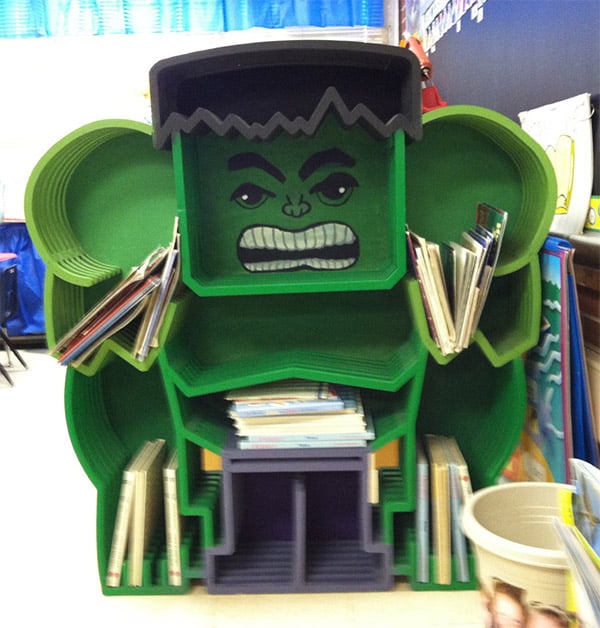 It’s made by Whittled in Wood – the same folks behind the epic AT-AT bookcase, and made from birch plywood. Though from everything I can tell, there was no whittling involved, but I’m not going to argue with the Hulk. Naturally, it’s been painted in Hulk green – which I think should really be a standard paint color at the hardware store – along with Iron Man Red, Batman Black, and The Tick Blue.

The Incredible Hulk Bookcase sells for $800(USD) over on Etsy.