So you have a plan for a lucrative drug empire. You have the chemistry skills, you have the plan, now all you need is a kick-ass hat for your head. The Breaking Bad Heisenberg hat is the only one that will do. 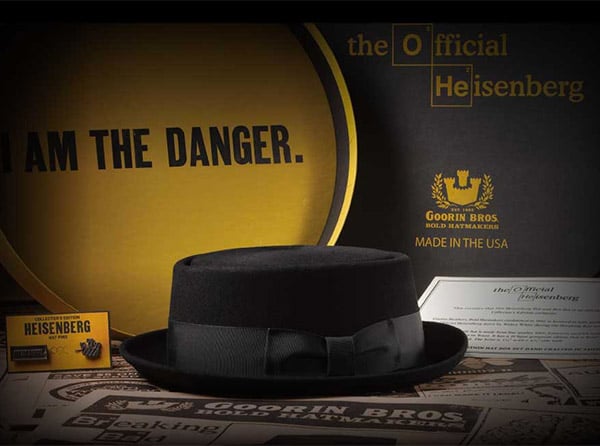 It is a stylish pork pie that is an officially-licensed version from the show. It especially works if you are bald and have a goatee. Don’t forget the sunglasses either.

A limited number of these hats was sold at this year’s San Diego Comic-Con, but it looks the official Heisenberg hat will be showing up in limited quantities this week at Goorin Bros. retail shops for $195(USD) each.