Wireless chargers already exist, but I’m not a big fan of the current setup because it’s not convenient at all. Sure, you don’t have to plug anything to your device, but today’s inductive chargers require that the device being charged remain in contact with the charging dock or platform. That leaves your device more tethered than if you used a charging cable. But what if wireless charging worked like Wi-Fi? That’s what a company called Ossia is working on. 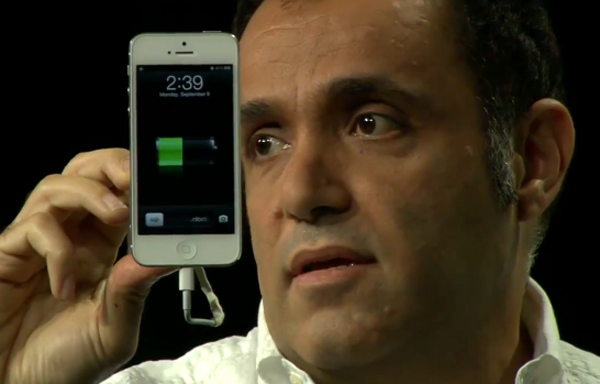 Founded by physicist Hatem Zeine, Ossia is working on a wireless charging technology that it calls Cota. Like today’s inductive charging systems, Cota requires a power transmitter as well as a receiver on the device to be charged. Zeine claims that the receiver can be made small enough to fit inside gadgets and even AAA batteries. Best of all – and this is the trillion dollar claim of Ossia – the Cota transmitter can supposedly power devices up to 30 ft. away. Furthermore, Zeine claims that Cota is as harmless as Wi-Fi, it works through walls and it can charge multiple devices at once. In other words, it’s just like having a Wi-Fi router except this one sends electricity. You can skip to around 2:30 in the video below to see Zeine demonstrate Cota:

Wow. If Cota takes off, future mobile devices won’t need high capacity batteries, because we’ll be able to charge them all the time. Just imagine how convenient that would be.

[via TechCrunch via Engadget]