This awesome Pacific Rim cake has some super nice detail, and features Gipsy Danger outside the Shatterdome and even the Hong Kong skyline in the background. 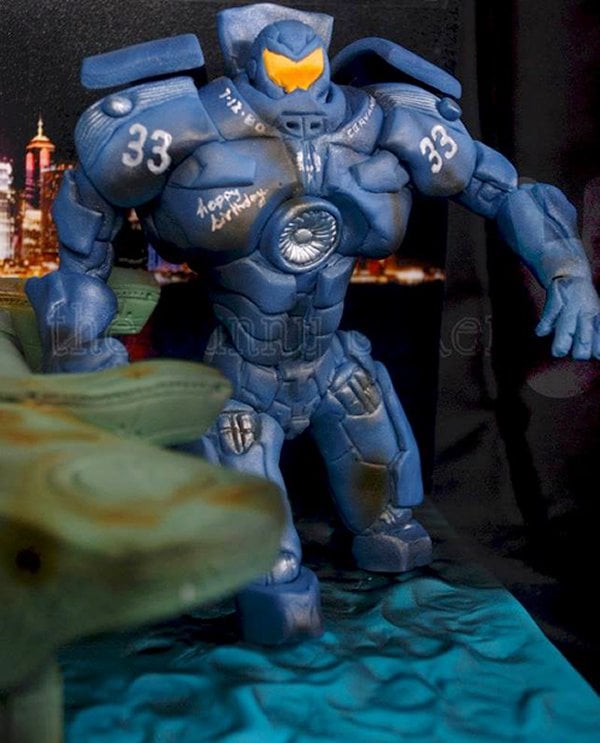 This geeky cake was made by The Bunny Baker. The husband and wife team are from the Philippines and have some pretty amazing cakes to their credit. How did they make such a great cake? As they say on their Facebook page, it helps that they thought the movie was freaking awesome. Though I’m betting it has something to do with pastry skills too. 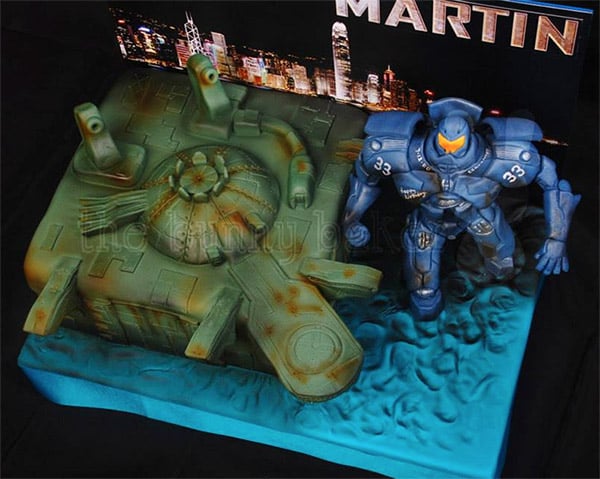 Which part would you eat first? I think I would pop the head off and eat it first, just because you have to act like a Kaiju when confronted with a Jaeger, right? 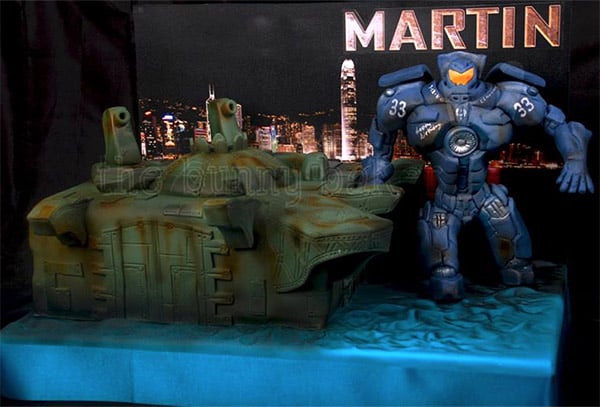 [via When Geeks Wed]