Star Wars Rebel Alliance & Galactic Empire Lollipops: The Sweet Side of the Force

Suck it Rebel Alliance. Suck it Imperial Empire. I mean that in the nicest way possible. As in, each group can now suck on these awesome lollipops. These intergalactic suckers were created by Priscilla Briggs of Designer Lollipop. The Star Wars universe just got sweeter. 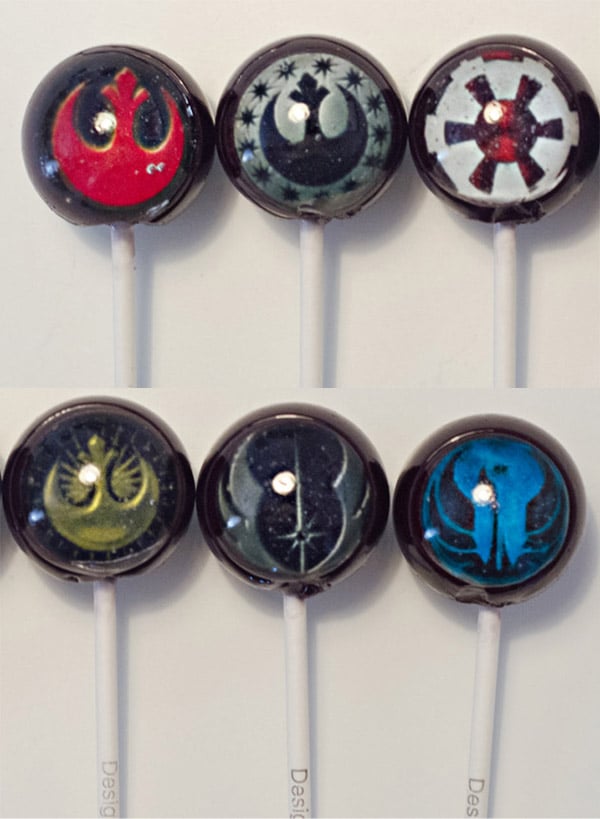 Priscilla has created this neat set of Star Wars-themed Rebel Alliance and Galactic Empire insignia lollipops that look too good to eat. You can purchase them from her Etsy store at the link above for $16(USD) for a set of six lollies.

It’s worth looking around in her shop, she has other many great looking lollipops. Even Death Stars, R2-D2s and Stormtroopers. They really look great. I’m not sure how she gets such nice detail. Of course, that’s why she is making candy and I am not.