As expected, 3D printing technology is getting more and more accessible. While there are numerous printers on the market in the $1000-$2000 price range, there are only a couple which dip significantly below that pricepoint. While I broke down and ordered a bargain-priced Buccaneer for myself – that project has already closed on Kickstarter. In the mean time, you might want to check out Zim, a new 3D printer with prices starting at $599(USD). 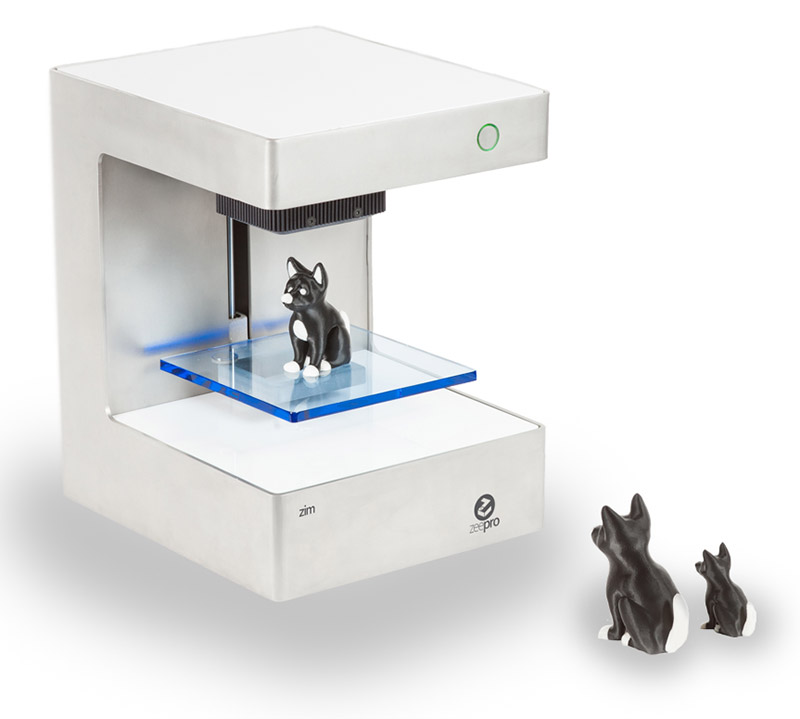 Made by Zeepro, the Zim 3D printer is designed to be a compact, easy-to-use device, capable of producing models up to 5.9″ x 5.9″ x 5.9″ This is substantially larger than the printing area on the Buccaneer and the Cubify Cube. Its makers claim a speedy 110 mm/s print time, which bests even the Makerbot Replicator 2X.  But the Zim has got another trick up its sleeve. The printer will be available in a dual-head configuration – which I presume will be sold at the higher $899 price mentioned in their press release. 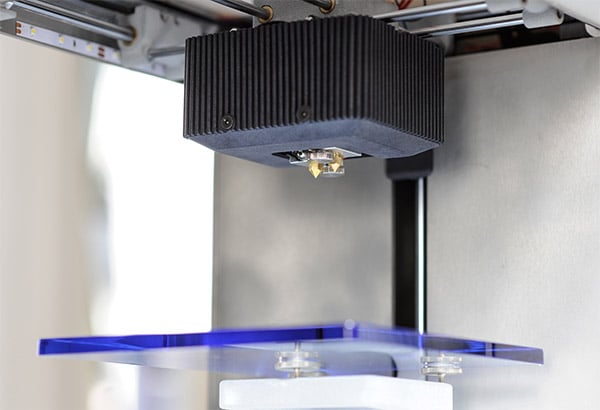 This will allow it to print objects with two different colors at the same time. You can also use the second print head to output water-soluble PVA plastic, so you can make support structures for 3D objects which can be easily removed in water.

The Zim will interface easily with smartphones, tablets or PCs via Wi-Fi or Ethernet, and it’s also got a small camera built in so you can monitor your 3D print jobs remotely.

Here’s a quick rundown comparing specs between the Zim and its closest competitors: 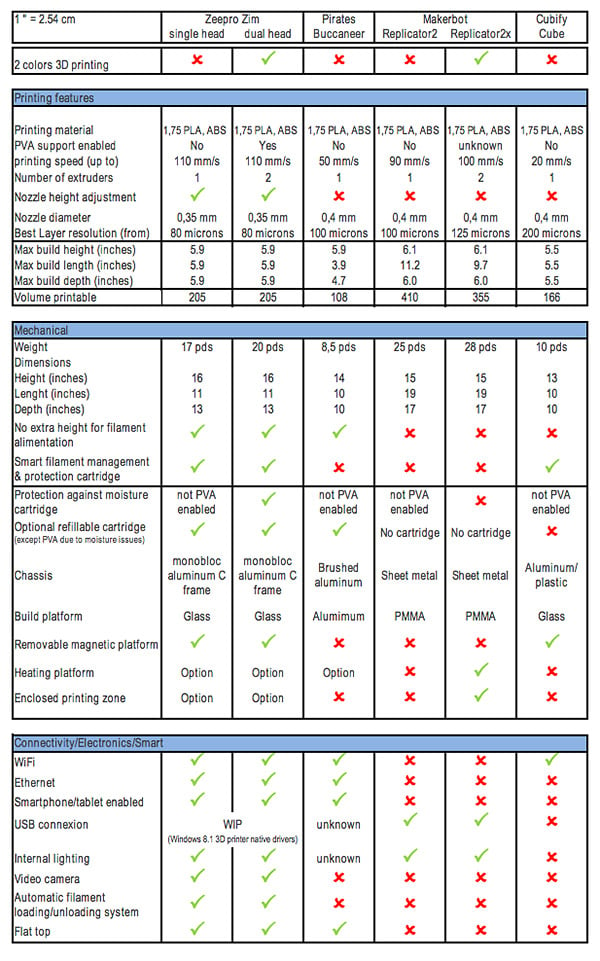 Only time will tell if Zeepro can deliver on its promises, but the Zim sounds impressive for the price.

Zeepro plans on opening up its Kickstarter campaign this Friday, September 13th. You’ll want to bookmark their website and set a reminder if you’re interested in pledging.