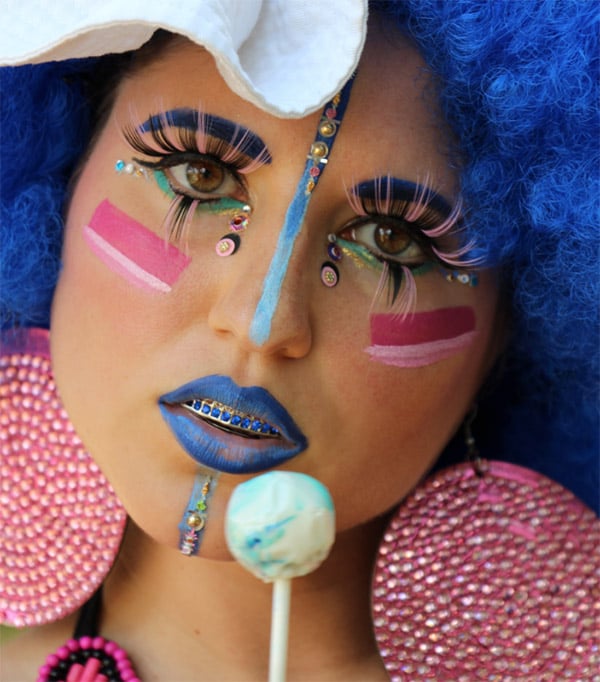 The blue cheese lollipops were only recently launched, along with a series of promotional images that can be described as downright scary. I get that they’re going with a blue theme, given that it’s blue cheese and all, but I don’t think they had to go and use Effie Trinket as their model. 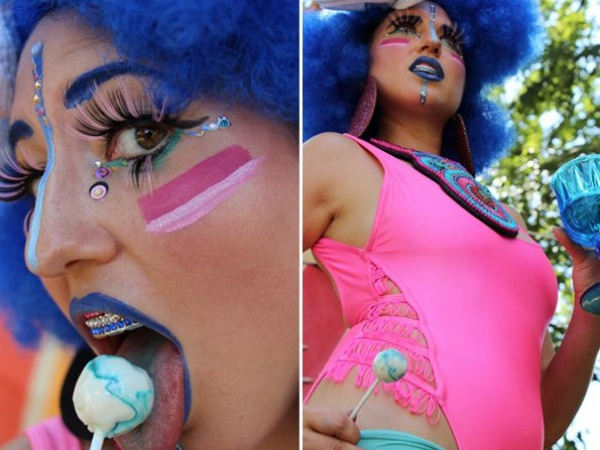 The lollipops are described as being “sharp, tasty, and edgy.” Since blue cheese is often paired with honey, it was apparently easy to combine both flavors to make the lollipop into a reality.

Lollyphile’s owner, Jason Darling, explains that the blue cheese lollipops “started off as a joke.” He adds: “I was initially scared to try them. My partner, Maria, wasn’t, and she instantly declared it to be delicious. Once I was convinced that she wasn’t pranking me I took a taste, and I had no choice but to agree with her. They’re delicious. I mean, if you like blue cheese. And who doesn’t?”

If your taste buds are up to the challenge, you can order up a batch of blue cheese lollies starting at $10(USD) over at Lollyphile.